WASHINGTON – The FBI is investigating after someone allegedly tried to hack into West Virginia’s mobile voting app during the 2018 midterm elections. 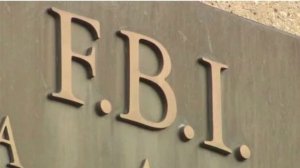 One or more people allegedly attempted to hack into Voatz, an experimental app that lets voters who are active military or registered to vote abroad cast their votes from their phones, Mike Stuart, the US attorney for the Southern District of West Virginia, announced Tuesday.

Stuart said in a statement that “there was no intrusion and the integrity of votes and the election system was not compromised,” but that an investigation had begun, was “ongoing and no legal conclusions whatsoever have been made regarding the conduct of the activity or whether any federal laws were violated.”

West Virginia is the only state that currently allows for the system, though it’s been used and is being considered in several cities and counties across the country.

“We just noticed a certain group of people from a certain part of the country tried to access the system. We stopped them, caught them and reported them to the authorities,” Voatz co-founder and CEO Nimit Sawhney told CNN.

“Somebody downloaded, registered and then tried to tamper with it, do something. We caught unauthorized activity, and they immediately got stopped,” Sawhney said. He said he did not think the culprit was a sophisticated nation-state hacker looking to disrupt the election. Because Sawhney caught the activity last October, and elections are considered critical infrastructure, he felt he needed to report the incident to the FBI.

Mobile voting — in Voatz’s case, it uses blockchain technology to verify users’ choice — is extremely controversial among election security experts. Many point out that standard voting machines are required to be disconnected from the internet, and that even if an app passes a security audit, it is significantly more vulnerable to hacking than an isolated voting machine. And if a smartphone is hacked with a sophisticated exploit, a hacker might have free rein over any app on it.

West Virginia Secretary of State Mac Warner has defended his office’s use of the technology as a way to get around the significant difficulties military and overseas voters have in casting ballots from abroad.

“This announcement today is to warn people that any attempt to hack an election will be fully investigated by the FBI and turned over to prosecutors when appropriate,” Warner said at a news conference announcing the investigation. “I want to assure everyone in West Virginia that absolutely no penetration occurred, no votes were changed and the integrity of the elections in West Virginia was absolutely secure. Our security systems worked completely as designed.”

US Coast Guard rescues 3 US sailors in Atlantic Ocean

WASHINGTON (AP) — Russia appears to have defaulted on its foreign debt for the first time since the 1917 Bolshevik Revolution, and the U.S. and its allies are taking aim at the former Soviet Union’s second largest export industry after energy — gold. On Tuesday, the Group of Seven nations will formally announce a ban […]