WASHINGTON (KFOR) – The federal government is committing millions of dollars to agencies in Oklahoma and other states to combat human trafficking. 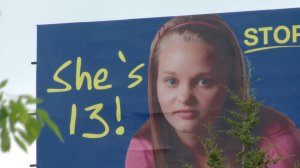 “The U.S. Department of Transportation is committed to working with our public and private partners to fight human trafficking on America’s transportation system,” Chao said.

Twenty-four organizations throughout the nation will receive project funding to help prevent human trafficking and other public transportation crimes.

In Oklahoma, Grand Gateway EDA Pelivan Transit will receive funds to “provide statewide training for the public and transit employees with the goal of reducing crime, increasing human trafficking awareness and prevention, and expanding knowledge of proper safety measures to practice while using public transportation.”

Grand Gateway EDA Pelivan Transit provides transit services in Northeastern Oklahoma. The agency applied for the grant on behalf of the Oklahoma Transit Association (OTA), which represents 35 local transit agencies that provide public transit across the state, according to the Federal Transit Administration.

Click here for a list of other projects that were selected for funding in states across the nation.

The news release described human trafficking as modern-day slavery in which victims are moved using all modes of transportation, including public transit because of “its low cost, greater anonymity in buying fare cards, and less direct interaction with government or transit officials.”

“The funding announced today will empower transit agencies and other organizations to develop local solutions to address human trafficking on buses, trains, and other forms of public transportation,” said FTA Acting Administrator K. Jane Williams. “Our goal is to build awareness among all transit operators and the traveling public to enable them to recognize and report potential instances of human trafficking.”

In the lawsuit, filed in the Northern District of New York, the NRA claimed that New York Gov. Andrew Cuomo has "effectively and indefinitely suspended a key component of the Second Amendment to the United States Constitution" by forcing gun stores across the state to temporarily shutter their doors.