TULSA, Okla. – Search warrants served at an apartment and storage unit in Tulsa revealed the discovery of more than 10 firearms and nearly 20 pounds of drugs.

On December 28, narcotics officers with the Tulsa Police Department’s Special Investigations Division, along with federal agents with the Drug Enforcement Administration, served search warrants at an apartment, near 61st and Memorial, and a storage unit. 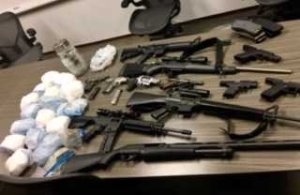 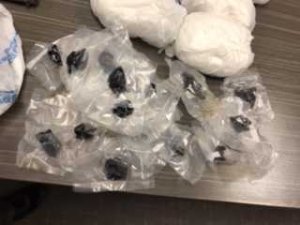 One man was taken into custody and police say he has ties to the Sinaloa drug cartel.

Police say members of the Sinaloa cartel have been the target of several investigations in Tulsa by narcotics officers and “continue to be a priority for law enforcement in the city.”

SHAWNEE, Kan. (WDAF) -- Could the flea and tick collar you put on your pet be hurting them? The results of a new investigation suggest the answer may be yes.

Whether it's man's best friend or a furry feline, pets are a part of the family. When you put a flea and tick collar on them, you expect it to be safe. But an investigation published Wednesday by the Midwest Center for Investigative Reporting along with USA Today discovered a troubling trend.

KALAMAZOO, Mich. (WOOD) — Two adults and a child are safe after a neighbor came to their rescue during a fire in Michigan on Tuesday.

The incident happened around 2:55 p.m. Firefighters arrived and saw smoke and flames coming from the back of a multi-unit home. Before they got there, two adults and a child were able to get to the roof and call for help.

Third stimulus check calculator: How much $ will you get?

One arrested after slamming into Oklahoma Highway Patrol trooper’s car

Man accused of trying to run over ex-wife, another woman’s boyfriend in Enid