This is an archived article and the information in the article may be outdated. Please look at the time stamp on the story to see when it was last updated.
OKLAHOMA CITY (KFOR) – Firefighters worked to protect neighboring homes in Oklahoma City after heavy flames tore through a large home. On Thursday afternoon, Oklahoma City firefighters were called to a house fire near Memorial and Eastern Ave. Initial reports indicated that fire crews could see heavy smoke coming from the home when they arrived on the scene. As firefighters climbed onto the roof in an attempt to ventilate the fire, flames started breaking through the roof. Air Comfort Solutions Chopper 4 was over the scene as heavy smoke and flames devoured the roof of the home. Fire crews were forced to take a defensive stance against the blaze, and worked to protect neighboring houses. 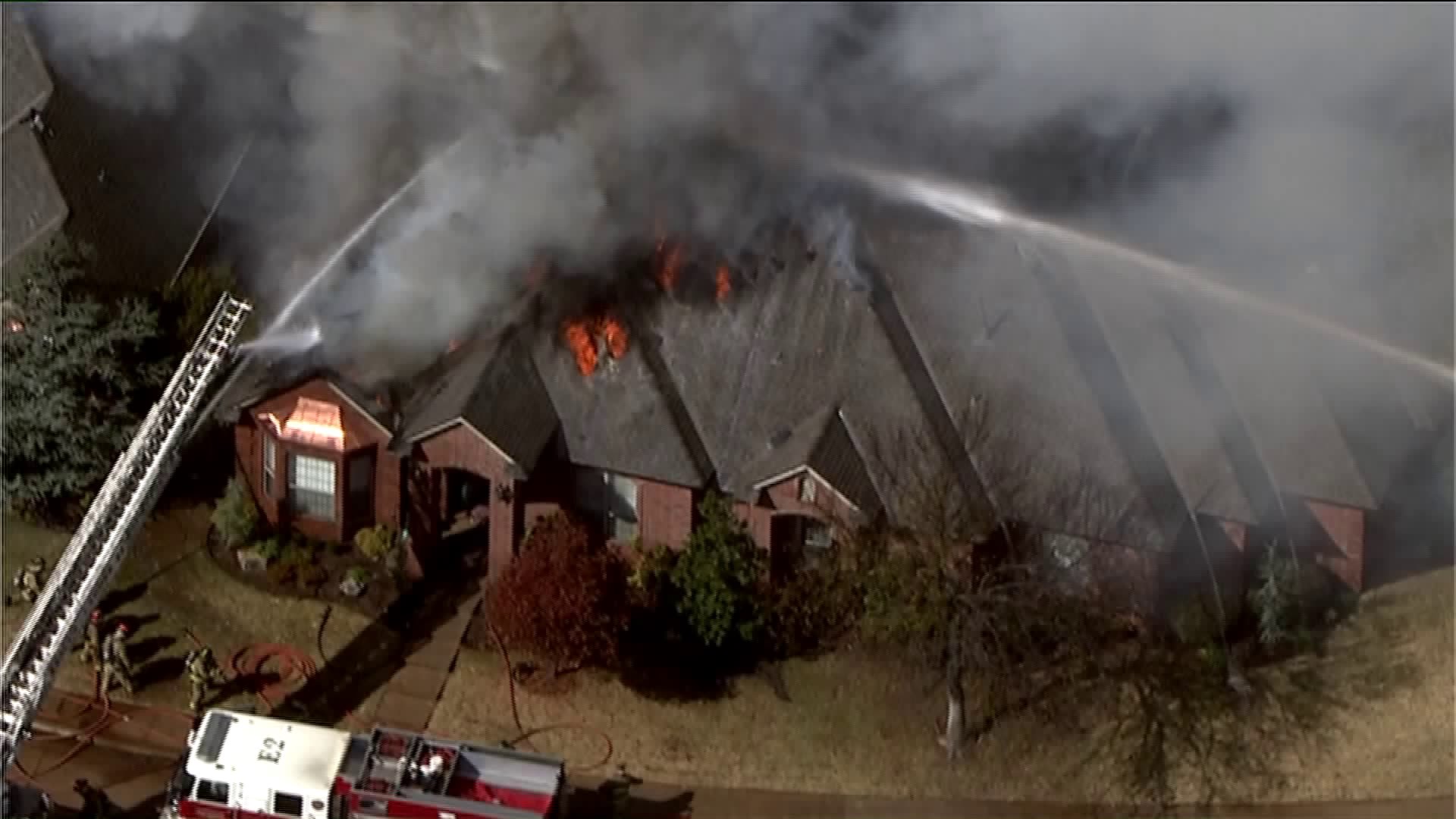 At this point, it is unclear how the fire started. Fortunately, firefighters say all of the occupants and pets made it out safely.

KFOR has confirmed that this blaze was Kevin Ogle’s daughter, Abigail’s home. Thankfully, all people and pets inside made it out safely.
35.46756-97.516428