PHILADELPHIA, Pa. (CNN) – High-risk patients with stable heart disease may fare just as well on medications alone, versus having invasive heart operations such as stents and bypass surgeries, according to a major trial. The results were presented Saturday at the American Heart Association’s yearly conference. 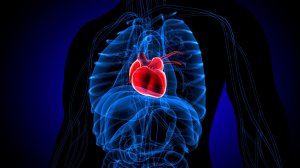 While the invasive procedures were found to improve chest pain and quality of life in some patients, other major outcomes did not differ significantly — namely, subsequent heart attack, hospitalization for unstable chest pain or heart failure, resuscitation after cardiac arrest and death from cardiovascular causes.

Stents and bypass surgeries are commonly used for patients with heart attack, but whether to intervene with patients who are stable — who have blockages or chest pain during exercise, but not an acute heart attack — has been hotly debated.

The international trial, which launched in 2012, included more than 5,000 patients in 37 countries, making it the largest study of its kind, the researchers said.

“In line with evidence from prior studies, our results suggest that routine use of heart procedures was not superior in reducing risk for the five-part disease endpoint or death overall compared to treatment only with optimal medical therapy,” study chair Dr. Judith Hochman said in a statement Saturday.

“On the other hand, patients symptomatic to start that got heart procedures, over the years, had fewer symptoms and felt better,” said Hochman, Harold Snyder Family Professor of Medicine and Senior Associate Dean for Clinical Sciences at NYU Langone Health.