OKLAHOMA CITY – One month after being convicted of sex crimes, a former Oklahoma City police officer was back in court Thursday to learn his fate.

At his trial, 13 alleged victims testified against Holtzclaw, claiming he took advantage of them while he was on duty.

The jury recommended Daniel Holtzclaw be sentenced to 263 years in prison for his crimes.

However, a surprise twist on Wednesday threw Holtzclaw’s official sentencing into a whirlwind.

On Wednesday, Holtzclaw’s attorney filed a motion for a new trial.

In the court documents obtained by KFOR, Holtzclaw’s attorney claims his client was denied a fair trial “because the government made deliberate discovery violations and misrepresentations, undermining confidence in the verdict.”

The court documents claim a Facebook post by a police detective referenced evidence that was “withheld from the defense by the government.”

The post alleges that there was DNA evidence from several of the victims found in Holtzclaw’s car and on his pants.

“The State’s witnesses testified under oath that there was only one individual’s DNA found anywhere during forensic examination of any material – car, pants, or otherwise, and that belonged to victim [A.G.] – found on Mr. Holtzclaw’s pants,” the document claims.

It also alleges that it is possible that not all individuals who made allegations against Holtzclaw were disclosed to the defense.

“If there is additional DNA evidence, despite the government’s representations to the contrary, and if there are additional people who came forward and falsely claimed that they were victims – yet, for whatever reason their stories were withheld from the defense, despite representations under oath that their stories did not exist – then deliberate misrepresentations were made not only to defense counsel but the Court, calling into question the credibility of the government’s entire case,” the document claims. “Such reckless discovery violations and misrepresentations to the court undermine confidence in the fairness of Mr. Holtzclaw’s trial.”

Thursday’s sentencing, which was scheduled to begin at 10 a.m., was delayed because of the request for a new trial.

Those in attendance became anxious when the sentencing did not go on as planned.

After hearing from the police detective who wrote the Facebook post, the judge denied Holtzclaw’s attorney’s motion for a new trial.

Detective says many of the statements posted were simply 'office rumors', and not facts. @kfor. #danielholtzclaw

Multiple victims read statements before the judge delivered Holtzclaw’s sentence, saying their lives have been turned upside down since the assaults occurred.

After listening to the victims’ statements, the judge sentenced Holtzclaw to serve all 263 years in prison.

He will serve all 263 years consecutively.

Holtzclaw was transferred to the Lexington Assessment and Reception Center before he is assigned to a permanent facility. 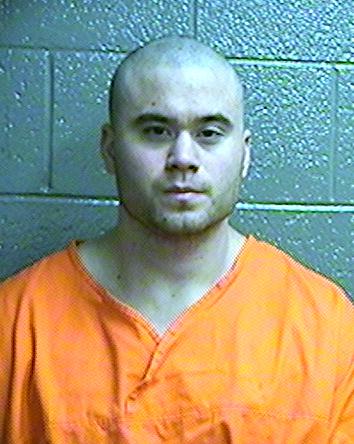