OKLAHOMA CITY – A former Weatherford, Okla., resident was sentenced to 12 years in prison for concealing his attendance at an al Qaeda training camp and committing visa fraud. 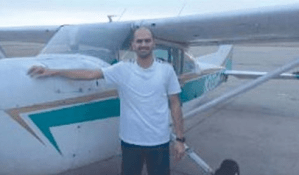 Naif Abdulaziz M. Alfallaj, 35, was sentenced in U.S. District Court to 151 months in federal prison for making a false statement to the FBI about previously attending an al Qaeda training camp in Afghanistan in late 2000, as well as for visa fraud, according to a U.S. Department of Justice news release.

“The U.S. Government identified the defendant after finding his fingerprints on an application to join al Qaeda that the U.S. military had gathered from the battlefields of Afghanistan,” Assistant Attorney General John C. Demers of the National Security Division is quoted as saying in the news release. “We were able to match those fingerprints with fingerprints taken for his U.S. visa application and to determine that he had made false statements in that application in order to conceal his attendance at an al Qaeda training camp in 2000. With the sentence imposed today, he will be held accountable for his crime and removed from the country.”

Alfallaj came to the U.S. in late 2011 on a nonimmigrant visa based on his wife’s status as a foreign student. He falsely answered several questions on his visa application, including whether he had ever supported terrorists or terrorist organizations.

The FBI found 15 of Alfallaj’s fingerprints on an application to al Farooq, one of al Qaeda’s key training sites in Afghanistan leading up to the attacks on Sept. 11, 2001, according to the news release

“The document was recovered by the U.S. military from an al Qaeda safe house in Afghanistan and included an emergency contact number associated with Alfallaj’s father in Saudi Arabia,” the news release states.

Alfallaj was taken into custody by the FBI without incident on Feb. 5, 2018, according to the news release.

A grand jury in Oklahoma City indicted Alfallaj on three counts on Feb. 6, 2018. Count One alleged that he possessed a fraudulently-obtained visa from March 2012 to the present. Count Two alleged he used that visa in October 2016 to apply for lessons at a private flight school in Oklahoma. Count Three charged him with making a false statement to the FBI in an investigation of an offense involving international terrorism by denying, among other things, that he had ever visited Afghanistan.

“He admitted he possessed a nonimmigrant visa from March 2012 to early 2018 that he obtained by fraud. He also admitted he falsely told federal agents during the December 2017 interview that he had never visited Afghanistan or participated in religious, tactical, or military training outside Saudi Arabia, and otherwise affirmed falsely that all of the answers on his nonimmigrant visa application were true and correct,” the news release states.

In his plea agreement, Alfallaj consented to being removed from the United States at the end of any prison term.

The case brought against Alfallaj is the result of an investigation by the FBI-Oklahoma City Joint Terrorism Task Force, according to the news release.

Alfallaj has been detained in federal custody since his arrest, the news release states.