OKLAHOMA COUNTY, Okla. (KFOR) – A former Yukon teacher and coach is accused of several sex crimes, including rape of a minor.

On Aug. 30, detectives with the Oklahoma City Police Department met with a victim who said that she met the suspect, 24-year-old Elizabeth Lenaburg when she was a teacher at Yukon Public Schools. 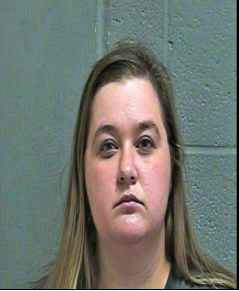 According to the probable cause affidavit, the victim said she became close with Lenaburg when she was a junior varsity basketball coach at the district. However, Lenaburg resigned after someone made a complaint to Yukon Public Schools.

During the summer, the victim says she called Lenaburg and told her that she wanted to have a relationship with her. The victim said that Lenaburg was “apprehensive at first” but they ended up in a relationship.

The affidavit states that the victim and Lenaburg would meet at AirBnb’s to perform sex acts on each other.

When detectives confronted Lenaburg, she reportedly admitted to the sex acts and said she knew what she was doing was wrong.

According to court documents obtained by News 4, Lenaburg has been charged with two counts of indecent or lewd acts with a child under 16,  two counts of forcible oral sodomy, and one count of first-degree rape by instrumentation.

“Elizabeth Lenaburg was hired by Yukon Public Schools as an Assistant Basketball Coach and History Teacher in August 2018. On January 15, 2019, suspicious behavior was reported, sparking an internal investigation and Lenaburg was suspended effective January 16, 2019.  She resigned from Yukon Public Schools on February 6, 2019 before any final disciplinary action was taken. “

North Carolina AG in legal bind amid probe over 2020 …

RALEIGH, N.C. (AP) — The campaign committee for North Carolina Attorney General Josh Stein, facing trouble for a TV ad aired against a rival in 2020, plans to ask a federal court to block enforcement of a state law making it illegal to knowingly circulate false reports to damage a candidate’s election chances. The notice […]

OMAHA, Neb. (AP) — The director of the FBI had strong words Wednesday for supporters of former President Donald Trump who have been using violent rhetoric in the wake of his agency’s search of Trump’s Mar-a-Lago home. Christopher Wray, who was appointed as the agency’s director in 2017 by Trump, called threats circulating online against […]