OKLAHOMA CITY – While many people are spending the holidays with their families, one Oklahoma native will cut the festivities short in order to represent the Oklahoma Sooners as part of ESPN’s College Football Playoff ‘Who’s In’ competition.

Ruben Hunter and three other fans will ascend a billboard on Dec. 27 in San Jose ahead of the two playoff semifinal games. Once on the billboard, the fans will all compete in challenges for cash and prizes.

After the semifinal games, the two fans whose schools faced defeat will climb down from the billboard. The two other finalists will remain until Jan. 7, and they will have the opportunity to support their team at the National Championship game.

“ESPN wouldn’t be where we are without our fans. This billboard celebrates the unique fandom and passion in college football by putting it on display for the nation to see and engage directly with the fans,” said Emeka Ofodile, VP of Marketing, ESPN. “The College Football Playoff is more than just the game on the field – it’s a unique cultural event, and these fans represent that.”

Hunter is a former walk-on linebacker who graduated from the University of Oklahoma in 2017. He was a member of the football team that upset Alabama in the 2014 Allstate Sugar Bowl, and he is hoping for a repeat of that game. 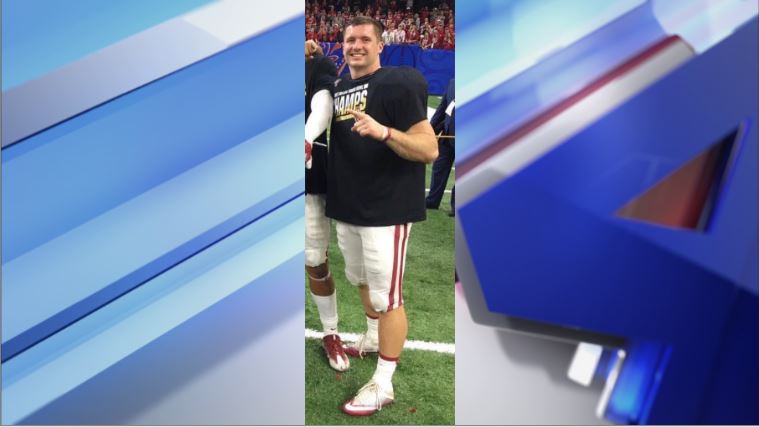 Fans can show their support for their teams by following #ESPNBilllboard on social media and tuning into the ESPN3 livestream.

"We had to take our own action against their license to be able to prevent them from continuing to conduct testing," Dr. Kelly Williams, Director of the Oklahoma Medical Marijuana Authority, told KFOR in an exclusive interview.

OKLAHOMA CITY (KFOR) - A 7-year-old is recovering after being shot while playing at an Oklahoma City park.

The child told police he was playing tag near the swings when he was shot.

EDMOND, Okla. (KFOR) – The 4-year-old Edmond twins who stole the hearts of many Oklahomans last October are now viral sensations.

"I love that one!" giggled 4-year-olds Haven and Koti.

With 100 days to go, Tokyo scrambles to stage pandemic Olympics