On March 27, deputies with the Cleveland County Sheriff’s Office were called to check on the welfare of people living in the area of 120th Ave. and Etowah Rd.

When deputies arrived, they found children living in “deplorable” conditions.

According to officials with the sheriff’s office, there was a large amount of animal feces in the home, adding that there was no place for the children to sleep away from the animal waste.

“The floor was so covered with feces that you could not see carpet,” deputies reported.

Also, they noted that there was no way for them to clean themselves.

Sheriff’s officials say that the children’s clothing was saturated in feces and urine, so deputies took them to purchase new clothes and bought them food.

After that, the children were placed in protective custody.

“Situations such as these can often be extremely dangerous for deputies and very stressful for minor children,” Detective Matt Sandburg said. “The actions of this agency allowed for the peaceful removal and placement of two young and scared children with no incident. I cannot stress the fact that all staff involved acted in compassionate way to these two children while keeping the safety of all involved in mind.”

Alameda Church of Christ gathered additional clothing for the children so they would have clean clothes to take with them to foster care. 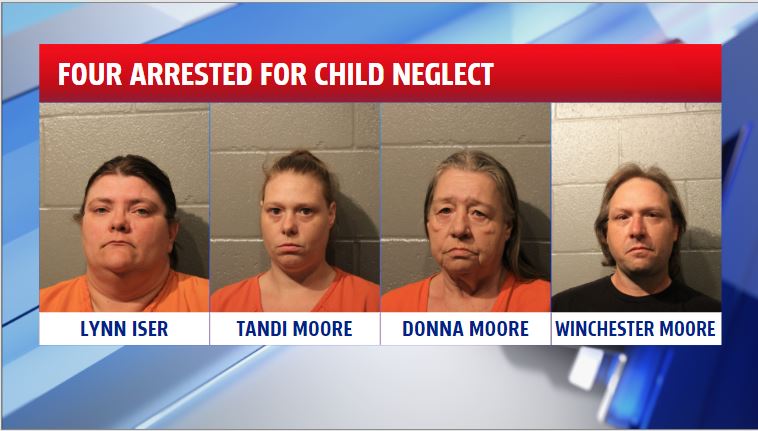 “Our investigators worked very hard on this case after children were removed from unsafe and unsanitary conditions at their rural Noble home,” said Sheriff Todd Gibson. “Protecting the children of Cleveland County is a top priority for our agency.”