Chemistry textbooks as we know it are officially out of date, as four new elements will soon be added to the periodic table.

Elements 113, 115, 117 and 118 have formally been recognized by the International Union of Pure and Applied Chemistry, the U.S.-based world authority on chemistry.

The organization’s announcement on December 30 means the seventh row of the periodic table is finally complete. 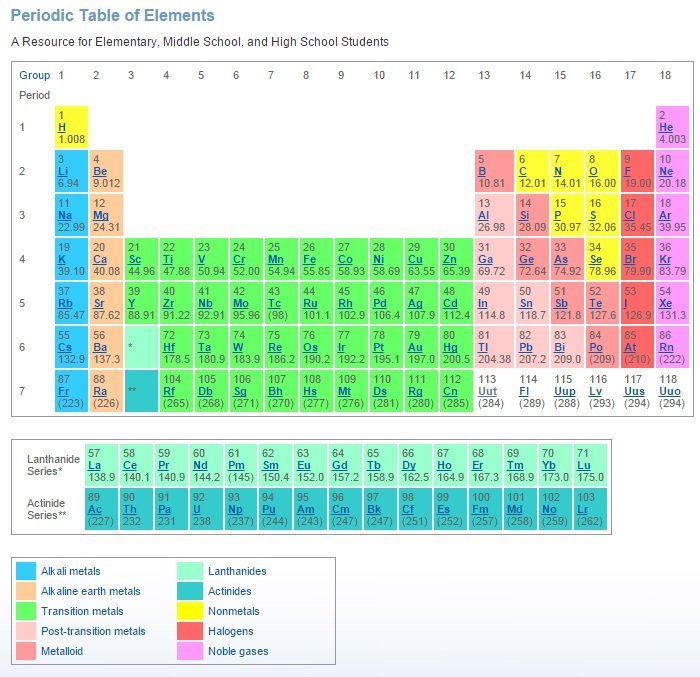 It’s the first time the table has been updated since 2011, when elements 114 (Flerovium) and 116 (Livermorium) were added.

Devised by Russian chemist Dmitri Mendeleev in 1869, the table categorizes chemical elements according to their atomic number.

“The chemistry community is eager to see its most cherished table finally being completed down to the seventh row,” said Jan Reedijk, president of the Inorganic Chemistry Division of IUPAC, in a statement. “IUPAC has now initiated the process of formalizing names and symbols for these elements temporarily named as ununtrium, (Uut or element 113), ununpentium (Uup, element 115), ununseptium (Uus, element 117), and ununoctium (Uuo, element 118).”

A Russian-American team at the Joint Institute for Nuclear Research in Dubna and Lawrence Livermore National Laboratory in California discovered elements 115, 117 and 118, while Japanese researchers were credited for discovering element 113.

All four elements are not found in nature and were synthetically created in laboratories.

Until now, these elements had temporary names and symbols on the periodic table as their existence was hard to prove.

Since they decay extremely quickly, scientists found it difficult to reproduce them more than once.

Japanese researchers said their search for element 113 began by “bombarding a thin layer of bismuth with zinc ions travelling at about 10 percent the speed of light.”

By doing so, they would theoretically fuse, forming an atom of element 113.

“For over seven years, we continued to search for data conclusively identifying element 113, but we just never saw another event. I was not prepared to give up however, as I believed that, one day, if we persevered, luck would fall upon us again,” said Kosuke Morita, the lead researcher at Japan’s RIKEN group. “Now that we have conclusively demonstrated the existence of element 113, we plan to look to the uncharted territory of element 119 and beyond.”

With the discovery process now over, researchers have another tricky task at hand: coming up with permanent names and symbols for the elements.

According to the IUPAC, new elements can be named after a mythological concept, a mineral, a place or country, a property or a scientist.

After the proposed names are submitted, they will be open for public review for five months before the organization makes a final decision.