OKLAHOMA CITY (KFOR) – Thirty-five suspects were indicted in Oklahoma City, accused of being part of a vast methamphetamine operation orchestrated by incarcerated gang leaders and reaching all the way to Mexico. 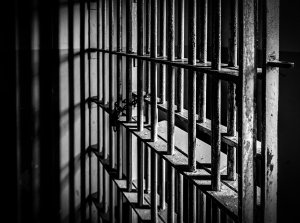 The federal indictments were made after a year-long investigation that targeted the activities of the Southside Locos Gang and leaders of the gang who are currently in prison, according to a news release issued by U.S. Attorney Timothy J. Downing, Western District of Oklahoma.

“A number of these defendants have been charged with attempting to distribute multiple kilograms of methamphetamine, as well as heroin, from sources in Mexico, coordinated by individuals in prison who were communicating on contraband cell phones,” the news release states.

Additional suspects were also federally charged, and others will be prosecuted by the state, the news release states.

“As of today, federal, state, and local law enforcement officers have arrested a majority of the defendants, a portion of which were already in the custody of the Oklahoma Department of Corrections or local jails,” the news release states.

Downing said the inmate-involved meth operation indicates how much of a threat contraband cell phones are in prison.

“All levels of government have been working to reduce and ultimately eliminate this threat. For the time being, we will continue to pursue drug traffickers both on the streets and behind prison walls,” Downing said.

The FBI works closely with other law enforcement agencies to stop gang activity and drug trafficking across Oklahoma and in state prisons, according to Melissa Godbold, special agent in charge of the FBI’s Oklahoma City Division.

“These arrests should remind those who prey on our communities, even while incarcerated, that the FBI and law enforcement will not tolerate your behavior and you will be brought to justice,” Godbold said.

NORMAN, Okla. (KFOR) - The Norman School District Board of Education met in a special meeting Monday and the public put their comments in the open after Sunday’s announcement to start school virtually.

The board remained steadfast in their meeting Monday to stay with all-virtual schooling to start the year. They also pushed the start date back to Aug. 24.

FORT COBB, Okla. (KFOR) - An Oklahoma town is rallying behind their beloved coach while he's hooked up to a ventilator in the hospital, battling COVID-19 and pneumonia at the same time.

"Coach Hines is a competitor," Fort Cobb-Broxton Principal James Biddy said. "He’s not going down without a fight.”

The mandate was originally planned to last until September 8, but city council voted 3-2 to extend it to October 12.

Tracking the Tropics: Isaias continues to strengthen ahead of landfall

Local non-profit hosts back to school event for foster families