OKLAHOMA CITY (KFOR) – The legal battle between the State of Oklahoma and Native American tribes over tribal gaming compacts continued Wednesday as Gov. Kevin Stitt filed a response in court to the tribes’ lawsuit. 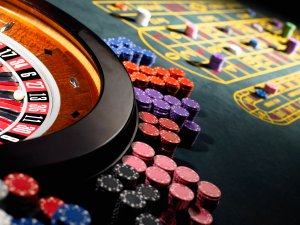 Stitt filed the response in federal court to the lawsuit brought against the state by the Choctaw, Cherokee and Chickasaw Nations regarding the Jan. 1, 2020, expiration date in the Model Gaming Compact.

In his response, Stitt denied the allegations the tribes made in their lawsuit and contended several “affirmative defenses,” including the following:

Stitt shifted the state’s legal response in light of the tribes filing a federal lawsuit, according to a Governor’s Office news release.

“The Office of the Governor will be represented by two local law firms: Lytle, Soulé and Felty of Oklahoma City and Ryan Whaley of Oklahoma City. As a result of the tribes filing a federal lawsuit against the office of the Governor on New Year’s Eve, the office chose to shift resources towards hiring experienced local counsel to represent the governor in this legal dispute. Perkins Coie will no longer be consulting the State in negotiating a Model Gaming Compact as of Friday, Jan. 24,” the news release states.

The Cherokee, Chickasaw and Choctaw Nations filed a federal lawsuit on Dec. 31 “to bring an end to the uncertainty Oklahoma Governor J. Kevin Stitt has attempted to cast over Tribal gaming operations.”

The lawsuit seeks a judicial declaration that the gaming compacts renew.

Tribal leaders say that Stitt’s argument that Class III gaming would be illegal in Oklahoma has caused vendors to express concerns about the future. They say they had no other choice than to take the case to a higher court.

“Rather than respectfully engage with the Tribes and seek an amicable resolution, Governor Stitt has continued to insist on our compact’s termination,” Seminole Nation Chief Greg Chilcoat said. “While his position is completely at odds with our compact’s language, he has succeeded in causing uncertainty that has an economic consequence. His inconsistent approach has been unfortunate and unnecessary.”

Native American tribes currently pay Oklahoma more than $140 million a year in gaming exclusivity fees from casinos. However, some state leaders say it is time for that to change.

Oklahoma tribes earn $4.5 billion each year thanks to casino-style gaming. Of that money, anywhere from four to 10 percent goes back to the state in exclusivity fees.

Since the 15-year deal between the state and the tribes was set to expire on Jan. 1, Gov. Kevin Stitt sent a letter to 35 tribal leaders saying it was time to renegotiate the terms of the agreement.

However, the tribes have contended the compact automatically renews if new agreements aren’t reached.

The issue at hand seems to be the wording of Part 15 B. of the compact.

The compact’s Part 15 B. states, “This Compact shall have a term which will expire on January 1, 2020, and at that time, if organization licensees or others are authorized to conduct electronic gaming in any form other than pari-mutuel wagering on live horse racing pursuant to any governmental action of the state or court order following the effective date of this Compact, the Compact shall automatically renew for successive additional fifteen-year terms.”

Although the tribes have said the automatic renewal is inevitable, Stitt says that without action, Class III gaming would be illegal in Oklahoma.

“We do not want gaming to be illegal, and we do not want vendors to be operating illegally,” Stitt said last month.

The tribes’ lawsuit seeks a judicial declaration that the gaming compacts renew.

The grand jury probe has considerably more power than the House Jan. 6 select committee to pierce any executive privilege claims that the former president might raise.

It’s a whopper of a settlement and a big win for borrowers.

ST. PETERSURG, Fla. (AP) — A Florida prosecutor vowed Sunday to fight his suspension from office by Gov. Ron DeSantis over his promise not to enforce the state’s 15-week abortion ban and support for gender transition treatments for minors. Andrew Warren, a Democrat suspended last week from his twice-elected post as state attorney in Hillsborough […]