OKLAHOMA CITY – A medical examiner’s report following the death of an Oklahoma City boy details a brutal attack on the child.

On Dec. 17, firefighters were called to a house fire in the 1100 block of N.W. 80th St. after witnesses spotted smoke coming from a nearby home.

While battling the blaze, firefighters discovered two people inside the home.

Officials say they pulled 41-year-old Julie Mason from the home, but it was too late. She was pronounced dead at the scene.

He was rushed to a nearby hospital, but died from his injuries.

A few days later, officials with the Oklahoma City Police Department said the victims did not die from the fire. Instead, they say they suffered injuries consistent with homicide, adding that their injuries occurred before the fire was set.

However, the details about how they died were not very clear.

On Wednesday, NewsChannel 4 received Mason’s autopsy report, which said that she died from sharp force trauma and blunt force trauma across her body, adding that she was stabbed at least 32 times.

Her manner of death was ruled a homicide. 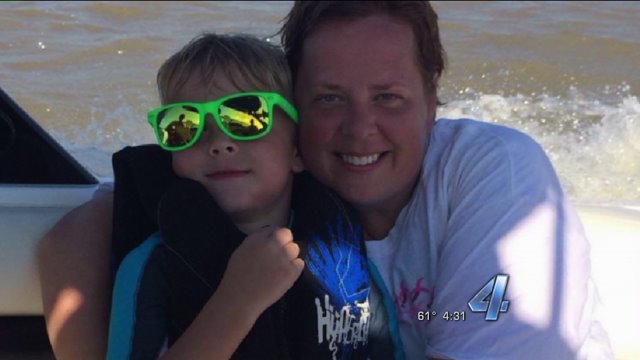 The report states that Bruce died from sharp force trauma, smoke inhalation and thermal injuries from the fire.

Officials say Bruce suffered two stab wounds to the back of the head, and several others to the sides and front of the face.

The report states that one stab wound to the right side of the head passed through the skull and into his brain.

He also suffered several cuts to the neck and arms.

Despite his injuries, the report says that soot from the fire was found in his nose, mouth and airways- solidifying the fact that he was still alive when the fire was set.

Officials say Bruce suffered extensive thermal wounds from the fire, ranging from first-degree burns to charring in spots on his body.

His death was ruled a homicide.

So far, no arrests have been made in the case.

“Investigators are still looking into every possible lead to figure out exactly what happened at the house that night,”  Officer Megan Morgan, with the Oklahoma City Police Department, told NewsChannel 4 in December.

GREENSBORO, N.C. (WGHP) – As the saying goes, a dog is man's best friend. And it couldn't be more true for Donald Dickerson.

"Every day he looks at me, I know I am loved. I named him Duude because that's my dude," Dickerson said. "We have a close, close connection."