On Thursday, deputies with the Oklahoma County Sheriff’s Office arrested 29-year-old Charles James Copeland on a complaint of indecent or lewd acts with a child. 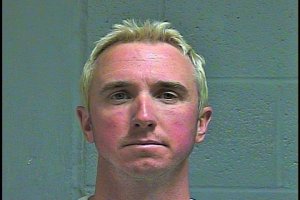 According to an arrest warrant affidavit, investigators learned about the allegations after the mother of a 16-year-old victim called the sheriff’s office.

The victim’s mother says that the school contacted her a few months ago about some inappropriate comments that a teacher had posted about her daughter. At that point, she says she began watching her daughter’s phone and soon found text messages between her child and Copeland.

For runners, a pair of affordable compression socks can be one of the most important pieces of gear.

What are the best grooming products for cats and …

Check out these 12 grooming products to spruce up your cat or dog at home.

Still have Beatlemania? Check out these fab products …

Whether it’s wall art, vinyl albums, a t-shirt or some other memorabilia, you can embrace and proclaim your undying Beatlemania with these items.

Woman wakes up to find truck in NE OKC home

Why Tim Scott could be the only senator to run for …

House GOP looks to get ahead of Biden address with …

Democrats have a ‘messaging problem’ with voters, …

Biden has work to do with State of the Union

Wikipedia again up and running as Pakistan lifts …