SHAWNEE, Okla. – While many Oklahomans were getting ready for work on Friday, strong storms were building across the state.

Heavy rain and thunderstorms moved across central Oklahoma on Friday morning, which caused ponding on many metro roadways.

However, drivers in Shawnee were forced to take a detour after flooding occurred along the Kickapoo Spur. 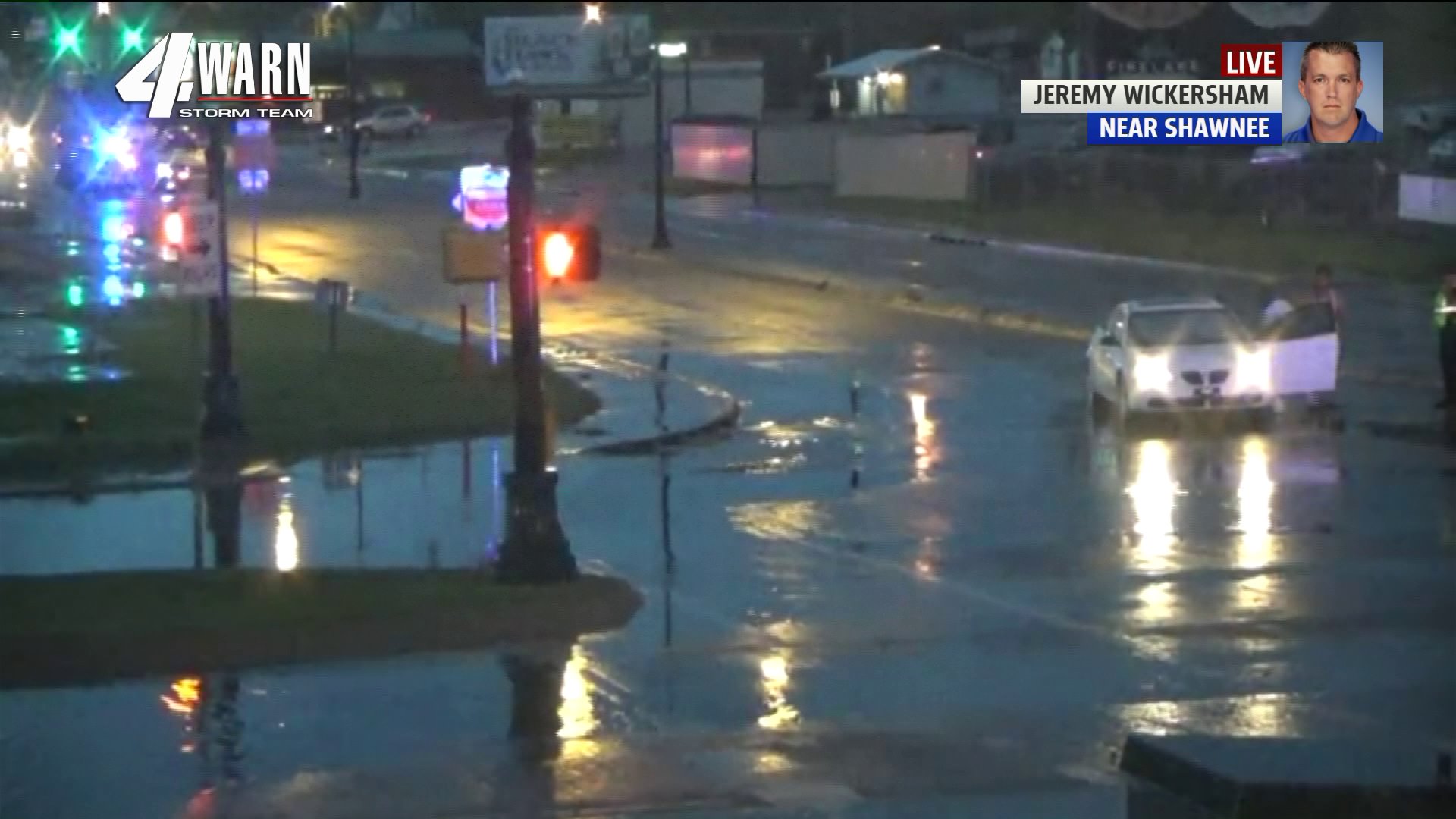 Two cars stalled in the flooded waters, which caused officers to block off the area until the water receded.

Storms are expected to continue throughout the morning and move to the south by the afternoon.