NEW YORK – Home Depot has pulled a Halloween prank prop called the Scary Peeper Creeper from its shelves in Canada because some customers found it too scary.

The gag is a lifelike face that can be attached with a suction cup to the outside of a window, looking in, to resemble a Peeping Tom in a hoodie. 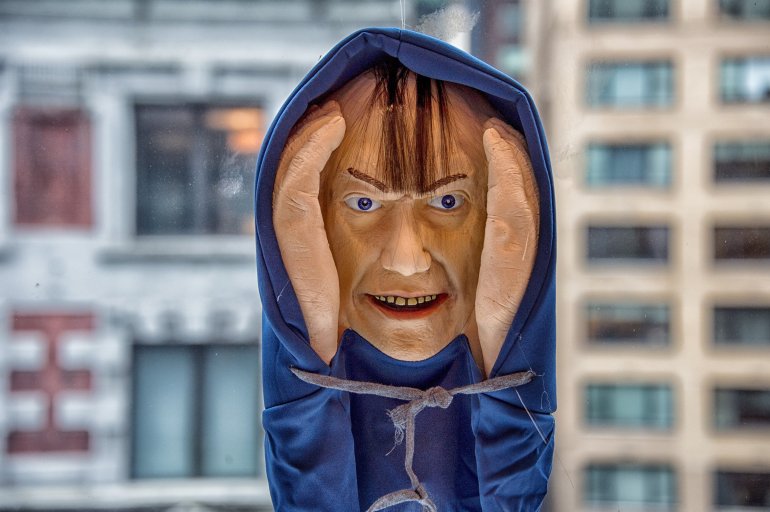 Not everyone found it funny in Canada, where a notorious serial killer and rapist from the 1980s was a voyeur.

Home Depot spokesman Stephen Holmes said the prop was removed from the company’s 182 stores in Canada out of sensitivity after the complaints.

Home Depot still sells the Scary Peeper Creeper in the United States for about $30, and the North Carolina small business that produces it, Scary Peeper Inc., sells it online.

“Our intention for this product is for it to be used as a fun-spirited prank,” Emily Dowtin, vice president of Scary Peeper, told CNNMoney in an email. “We offer our sincerest apologies to anyone who has been offended by our products and, certainly, to those who have been victimized by voyeurs. Violence towards women is a serious issue, and our products are not intended to make light of serious crimes.”

She said it was the only time she’d heard complaints in four years selling the prop.

At least one commenter on Home Depot’s website said the product was “in very bad taste for all the attacks done on women and children,” and another who rated it highly said he felt bad for how much he had scared his girlfriend with it.

Scary Peeper’s other products include the motion-activated Tapping Peeper, which taps the window with a fake finger when someone walks by, and the ski-masked Scary Intruder, which peers around a door frame.