We’ve seen it time and again in our state, most recently the tragedy in Stillwater at OSU’s Homecoming Parade.

She says don't give your cash blindly because scammers create fake accounts and websites online.

“I'm not saying be wary of donating, but make sure you're doing some due diligence to dig into exactly where this money is going, how it's going to be used, how it's distributed, who's in charge of it,” King said.

The tragedy in Stillwater also made headlines around the world.

OSU freshman Dominique Davis was at the parade.

“It could have so easily been me and my family that was here,” she said. “It's kind of shocking and it hits you hard.”

She's one of several students to design and sell a t-shirt to raise money for the victims.

The cash is earmarked for the Stillwater Medical Center Foundation.

Executive Director Scott Petty says the Stillwater Strong Fund was created to make one centralized location for all charitable giving.

“We've set up a committee for the Stillwater Strong Fund to be able to distribute to those accident victims to the best of our ability,” he said.

With all of the grassroots fundraising campaigns out there, Petty warns it's impossible to monitor all of them.

“If somebody is raising funds for the purpose of this Stillwater Strong Fund and they're not giving it to us, we won't know it," he said.

They won't call you soliciting donations either.

There's a bunch of t-shirt fundraisers going on right now. Most are legit, but a few are not. 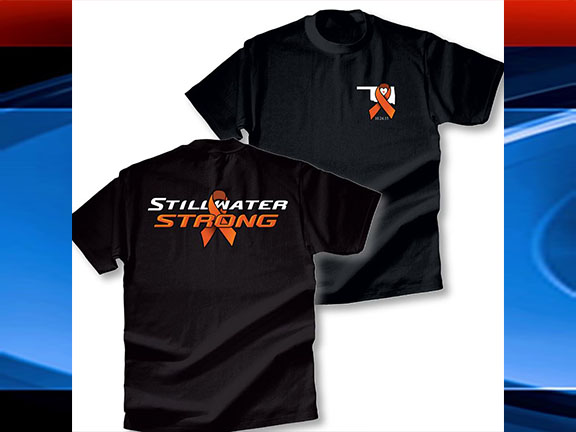 OSU campus groups and Stillwater Medical Center ponied up the cash to buy the shirts.

Stan Clark and Eskimo Joe's are printing them for free, which means victims will receive close to 100 percent of the net proceeds.

“That's probably the orange lining in this cloud,” Petty said. “We've got a lot of folks that want to do something right, want to do it the right way.”

The In Your Corner bottom line:

Anyone can pretend to be someone they're not online.

Thoroughly check out a charity or campaign and give to one your trust.

IN YOUR CORNER: Norman offers rent/utility assistance as pandemic rages on

NORMAN, Okla. (KFOR) - COVID-19 has caused a crisis in the rent industry state wide. Leaders with the City of Norman though say aid is on the way.

The rental home is on NW 119th, featuring four bedrooms and four baths, and is listed on several websites for $1,000 or less a month.

IN YOUR CORNER: Companies come together, giving new roof to family left high and dry

The Hudsons have had a rough year. The roof over their home has been covered in tarps since last June, following a round of severe weather around Pauls Valley.

"Pretty frustrated, specially when I know how hard we worked to build this house," said Dodie Hudson. "We've tarped it, we've patched it, and it's not getting better."

Man loses left eye after being tased by Arkansas police