Skip to content
Live Now
Live Now
Tensions rise during Oklahoma City protests
This is an archived article and the information in the article may be outdated. Please look at the time stamp on the story to see when it was last updated.

This morning, the Village Police Department picked up inmate Corey Boughton, 24, from jail and took him to Village City court.

Around 5:30 p.m., Boughton complained of a medical issue at the Village Court. He told police he was diabetic and had low blood sugar.

Village officials called an ambulance and he was transported to Mercy Hospital unescorted by police.

After arriving at Mercy, Boughton left the hospital and ran away into a neighborhood south of Mercy Hospital into The Greens neighborhood.

Oklahoma City Police searched the area with the help of the Air One chopper and a K-9 unit.

News 4 was there when Oklahoma City Police captured Boughton south of Mercy Hospital at 8:50 p.m. We’re told that when he was captured, he was found wrapped in a window curtain he evidently found to keep warm.

Police said Boughton surrendered once he realized officers were nearby and a helicopter was helping with the search.

Boughton was in jail on felony, no bond warrants for concealing stolen property.

He is being transported back to the jail. 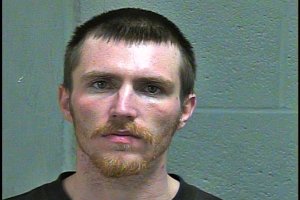