COMANCHE, Okla. — Authorities are investigating after they say a woman was violently beaten and sexually assaulted near an Oklahoma lake.

The alleged attack happened on Saturday, April 6 in a wooded area on the northwest side of Comanche Lake in Stephens County.

“The victim was not only beaten pretty badly, but she was also sexually assaulted pretty bad,” said Comache Police Chief William Staily.

On Wednesday, the Oklahoma State Bureau of Investigation released a sketch of the alleged suspect who is wanted by police. Authorities have described him as a white male with light red hair and a receding hairline. 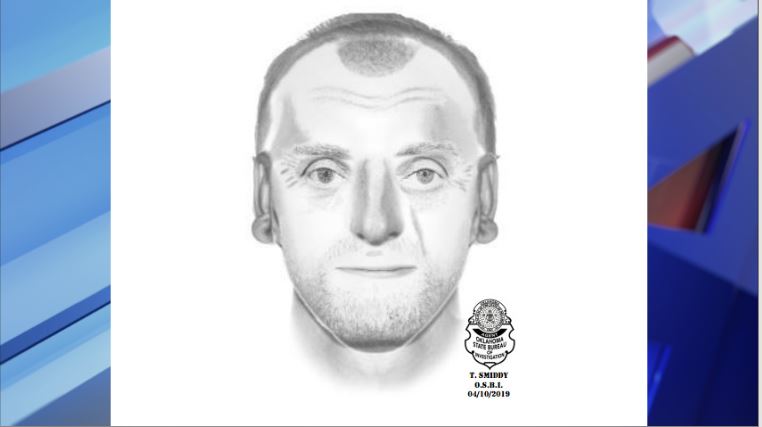 “The biggest thing was the scar underneath the left eye,” Chief Straily said. “Not only the scar under the left eye which was vertical, but he is also going to have a big scar on his chest from, she actually bit him during the assault.”

Straily said the victim’s descriptions of the suspect are crucial to the investigation.

The general area of the lake is not somewhere police say they typically respond to many calls. A first-time lake-goer told News 4 on Wednesday, it’s an area he did not expect crime.

“I mean, it seems like a pretty well-kept place, houses around here, so it’s kind of surprising that something like that would happen when there’s people nearby,” said Healdton resident Joby Carpenter.

Police are now hoping the public can assist in their search for the suspect. They’re also teaming up with multiple law enforcement agencies, including the OSBI and the Stephens County Sheriff’s Office.

“We had Duncan Police Department which is just north of us help come out that evening, even help us with the drone to help look for the suspect,” Straily said. “When it’s severe like this, I like to have every resource I can, so I called everyone in that’s willing to help me and most small towns, most agencies do that. That way, we can get the best and most evidence and most thorough investigation we can get.”

A full description of the man wanted for questioning is as follows: