DEL CITY, Okla. – Authorities in Del City say one person has been arrested for arson after officials investigated a recent house fire.

Around 2:45 p.m. on June 10, firefighters with the Del City Fire Department were called to a house fire in the 2300 block of Becker Place.

When firefighters arrived at the scene, crews noted flames coming from the garage portion of the house. Officials noticed that the flames were moving toward a nearby home, so firefighters worked to protect that home. 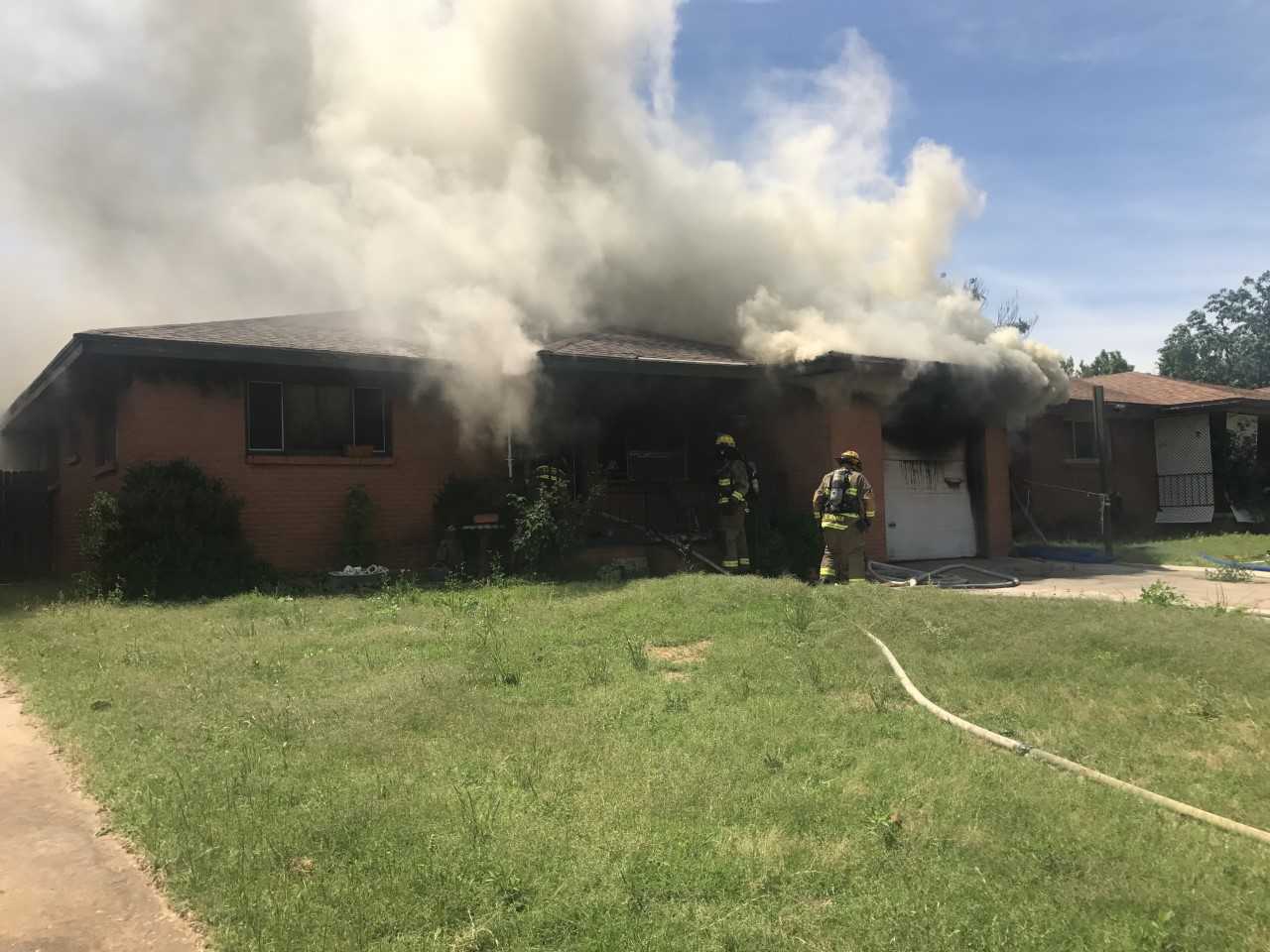 Once the nearby house was safe, firefighters worked to extinguish the blaze. As firefighters searched the home for possible victims, they discovered that the basement was full of eight feet of water from a previous water pipe rupture.

“This posed a serious safety risk to the firefighters on scene, who had they entered in full black-out conditions, could have easily fallen down the stairs to the basement full of water,” a release from the Del City Fire Department read.

While questioning witnesses, fire investigators discovered that there was an ongoing conflict between the residents of the house and another neighbor.

Authorities got footage from a nearby home’s surveillance system, which captured a woman intentionally setting the fire.

Officials arrested Annie Durham on a complaint of second-degree arson.

“I am very proud of the hard work of our fire investigators and the assistance from our partners at both the Del City Police Department and the Computer Forensic Detectives at the Oklahoma City Police Department. Regardless of the extent of a conflict, arson is never a solution to resolve a conflict. The senseless actions of this person placed the lives of innocent neighbors and responding firefighters at a serious risk,” said Del City Fire Cheif Brandon Pursell.

PepsiCo teams up with Beyond Meat in new partnership

OKLAHOMA CITY (KFOR) – Attorney General Mike Hunter is requesting over $1.8 million he says a company owes back to the state for not delivering personal protective equipment (PPE) the Oklahoma Department of Health ordered in March.

(NEXSTAR) - May the force be with your postage. The Postal Service has announced a new series of "Star Wars"-inspired stamps.

According to the police report, 31-year-old Joshua Colon stole three doses' worth of the Moderna vaccine, then forged the vaccine screening and consent forms.

PepsiCo teams up with Beyond Meat in new partnership

Wish you had a guard dog? Amazon has a new feature for that

Here’s what has to happen for $1,400 stimulus checks to become reality

Vanessa Bryant on 1-year anniversary of Kobe and Gianna’s deaths: ‘I will never understand’

California woman accused of questioning man’s immigration status, then attacking him with laptop

Senators to be sworn in today, as articles of impeachment are presented