LOS ANGELES – While many fans are still mourning the death of a beloved comedian and actor, Robin Williams’ wife is now speaking out about his death.

In August of 2014, the world was stunned when Robin Williams was found dead in his California home.

Investigators say the 63-year-old actor hanged himself from a bedroom door and was discovered by his personal assistant.

Shortly after his death, rumors began to swirl that Williams was battling depression, anxiety and that he had struggled with sobriety. 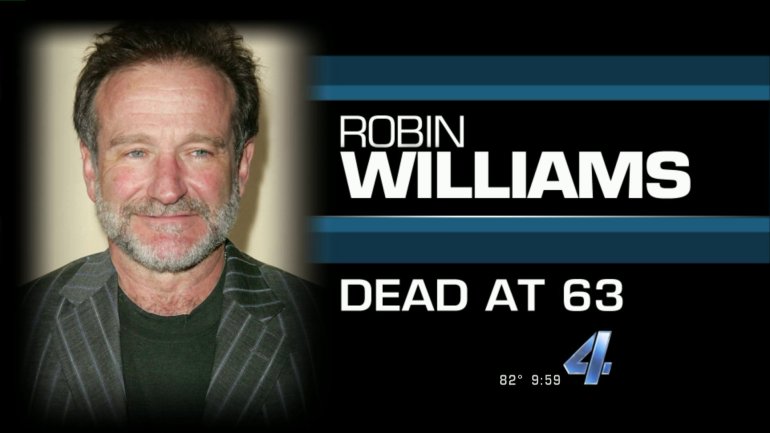 His wife, Susan, issued a written statement to dispel some of those rumors.

“Robin’s sobriety was intact and he was brave as he struggled with his own battles of depression, anxiety as well as early stages of Parkinson’s disease, which he was not yet ready to share publicly,” the statement read, in part.

It was revealed that Williams was diagnosed with Parkinson’s disease in 2013 after he noticed a tremor in his left arm and had difficulty moving his left side.

However, his autopsy told a different story.

In 2014, a redacted portion of the autopsy report mentions “Diffuse Lewy body dementia,” which is a degenerative disorder in which nerve cells in the brain are blocked by a protein.

A patient with Lewy body disease battles dementia that interferes with memory and language, and may include visual hallucinations.

Experts say if a dementia patient is given medication for Parkinson’s disease, it could have disastrous side effects.

Now, Williams’ widow is speaking out about his death.

“It was not depression that killed Robin,” Susan told PEOPLE. “Depression was one of let’s call it 50 symptoms and it was a small one.”

“I know now the doctors, the whole team was doing exactly the right things,” she said. “It’s just that this disease was faster than us and bigger than us. We would have gotten there eventually.”

“I’ve spent this last year trying to find out what killed Robin. To understand what we were fighting, what we were in the trenches fighting and one of the doctors said, ‘Robin was very aware that he was losing his mind and there was nothing he could do about it,” she said.

BRUNSWICK, Va. (WRIC) -- Drugs were dropped from a drone yesterday on the property of Brunswick Academy, a private school in rural Brunswick County.

But the Brunswick County Sheriff's Office says the package, which contained marijuana, tobacco and cellphones, was likely intended for the nearby Lawrenceville Correctional Center. It also weighed about five pounds.

BERLIN, Conn. (WTNH) — The video of a woman who appears to verbally and physically assault a member of the military at a Connecticut restaurant on Sept. 11 has now gone viral.

“This is disgusting, disgusting!" the woman says to the alleged victim. She appears to throw the sailor’s hat on the ground and slap him.

The hour-long body camera footage shows officers responding to a 911 call reporting an alleged domestic dispute between the pair on Aug. 12 in Utah. The childhood sweethearts were on a cross-country road trip together, saying on social media accounts they intended to reach Oregon by March.

Survey participants say they have a positive perception of Oklahoma City