EL RENO, Okla. – During his second term in the White House, President Barack Obama said he wanted to take on the country’s criminal justice system.

On Thursday, Obama visited a federal prison in El Reno to push for reform.

The visit to the correctional facility marked the first visit by a sitting president.

“This is part of our effort to highlight both the challenges and opportunities that we face with respect to the criminal justice system,” he said on Thursday. 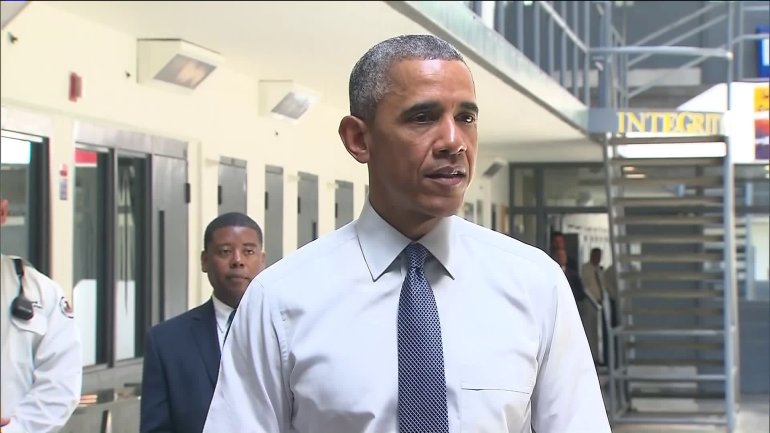 During his trip, he said the current justice system is costing taxpayers too much money, while rehabilitation rates for inmates are too low.

He says one of the main flaws with the criminal justice system is the country’s mandatory minimum sentencing for drug offenders.

“We have to consider whether this is the smartest way for us to both control crime and rehabilitate individuals. This is costing taxpayers across America $80 billion a year. And, as I said on Tuesday, there are people who need to be in prison, and I don’t have tolerance for violent criminals. Many of them may have made mistakes, but we need to keep our communities safe. On the other hand, when we’re looking at nonviolent offenders, most of them are growing up in environments in which drug traffic is common, where many of their family members may have been involved in the drug trade. We have to reconsider whether 20 year, 30 year life sentences for nonviolent crimes is the best way for us to solve these problems,” he said.

He praised the El Reno facility, saying that workers are trying to provide job training, college degrees and drug counseling to nonviolent offenders. However, he said more work needs to be done. 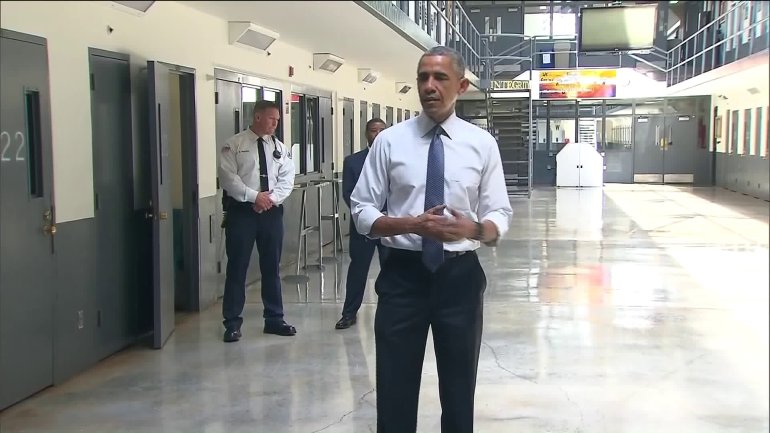 “The is not only how we make sure that we sustain those programs here in the prison, but how do we make sure that those same kind of institutional supports are there for kids, teenagers before they get in the criminal justice system. And are there ways for us to divert young people who make mistakes early on in life,” he said.  “My hope is that  if we can keep on looking at the evidence, keep looking at the facts, figure out what works, we can start making a change that will save taxpayers money, keep our streets safe and perhaps most importantly, keep families intact and break the cycle in which young people, particularly of color, are so prone to end up in the criminal justice system.”

He added that overcrowding is a problem in El Reno, which mirrors many facilities across the country.

According to VICE News, Obama met with six inmates and was shocked by their stories.

“Visiting with these individuals, and I’ve said this before, when they describe their youth and their childhood, these are young people who made mistakes that aren’t that different from the mistakes I made and the mistakes that a lot of you guys made. The difference is they did not have the kinds of support structures, the second chances, the resources that would allow them to survive those mistakes. And, you know, I think we have a tendency sometimes to almost take for granted or think that it’s normal that so many young people end up in our criminal justice system. It’s not normal , it’s not what happens in other countries. What is normal is teenagers doing stupid things. What is normal is young people making mistakes. And we’ve got to be able to distinguish between dangerous individuals who need to be incapacitated and incarcerated versus young people who are in an environment in which they are adapting, but if given different opportunities, a different vision of life, could be thriving like we are. That’s what strikes me,” he said.

Earlier this week, President Obama commuted the sentences of 64 people who were convicted of nonviolent offenses.

According to the New York Times, the president is expected to commute more sentences at one time than any president has in nearly half a century.

In Oklahoma, Republicans and Democrats have worked together on ‘smart on crime’ policies for non-violent offenders by passing alternatives to mandatory minimum sentencing; relying on drug, mental health and veterans courts as alternatives to criminal prosecution and incarceration; and pursuing reforms outlined in the Justice Reinvestment Initiative.  We will continue to work to improve our criminal justice system so that it offers the greatest possible protections to the law-abiding public and the greatest rehabilitation opportunities for those who have strayed. However, I was deeply disappointed that during his visit the president did not address the ongoing illegal immigration crisis or the failure of our federal justice system to stop or even contain it,” Gov. Mary Fallin said in a release. “While the vast majority of illegal immigrants do not represent a safety threat to American citizens, our chaotic and broken system does.”