NORMAN, Okla. — A Cleveland County judge made a ruling Friday, involving a controversial video, of an OU football player, that the public will likely never see.

Almost a year after Joe Mixon was suspended from the team for allegedly punching a woman in the face, Judge Thad Balkman ruled that the surveillance video of the incident would not be made public.

Balkman’s decision comes after a number of broadcast organizations sued the city of Norman, over the Open Records Act, to get ahold of the footage.

On Friday, the judge dismissed the case in which, for months, media outlets – including KFOR – were requesting the video be released.

Although the case was dismissed, the tape was played in court Friday. Here is an overview of what KFOR courtroom observers saw.

Joe Mixon and Amelia Molitor stand face-to-face next to a table. 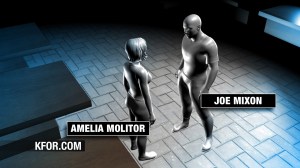 Molitor shoves Mixon with both hands. 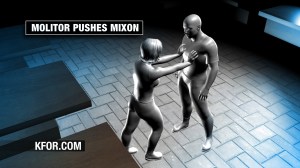 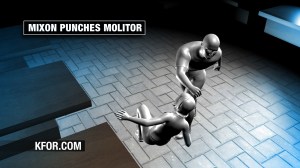 Mixon walks out of the restaurant. 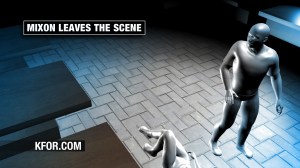 Media outlets started requesting the surveillance video back in August.

A month later, Norman Police showed it to a select group of media members, but refused to release a copy for the public to see.

Mixon plead to misdemeanor charges in October, and that’s when the fight for the video went to court.

The City of Norman led the media to believe we would get a copy of the tape on Nov. 1, when the new Open Records Law went into effect. The new law would require that material be turned over to the public.

Even after the law went into effect, we never got the tape.

“The hoopla appears to be the result of who’s in it, but I’m not the person who created that,” City of Norman Attorney Rick Knighton said.

Knighton argued Norman PD did its part, showing the video to some reporters. He said the law before Nov. 1 didn’t require them to hand over a copy of it.

McCullough argued Friday that the video was used in a criminal investigation, so it is considered public record.

NewsChannel 4 asked the city attorney if Mixon got special treatment in not releasing the video.

“It has absolutely nothing to do with who’s in it. Again, the city intended to return the video to its owner as permitted by law,” Knighton said.

The judge is allowing a copy of the video to be preserved.

A Pickleman’s Deli manager told us he destroyed their copy of the video.

BERLIN, Conn. (WTNH) — The video of a woman who appears to verbally and physically assault a member of the military at a Connecticut restaurant on Sept. 11 has now gone viral.

“This is disgusting, disgusting!" the woman says to the alleged victim. She appears to throw the sailor’s hat on the ground and slap him.

The hour-long body camera footage shows officers responding to a 911 call reporting an alleged domestic dispute between the pair on Aug. 12 in Utah. The childhood sweethearts were on a cross-country road trip together, saying on social media accounts they intended to reach Oregon by March.

NEW YORK (AP) — Just hours before the HBO documentary “Jagged” was to premiere at the Toronto International Film Festival on Tuesday, Alanis Morissette criticized the film about her life as “reductive” and “salacious.”

Morissette participated in the film, directed by Alison Klayman, sitting for lengthy interviews. But in a statement issued by her publicist, the Canadian musician said she would not be supporting the film, named after her breakthrough 1995 album, “Jagged Little Pill.”

Survey participants say they have a positive perception of Oklahoma City