PURCELL, Okla. (KFOR) – Authorities say a man has been convicted in a violent kidnapping and assault of a woman in McClain County.

Officials say it all began when a man kidnapped his ex-girlfriend twice in a matter of weeks in 2018.

In April of 2018, investigators say Floyd Joseph Ball, Jr. kidnapped the victim and took her to Moore. Along the way, police say Ball punched her several times, which caused a few injuries.

Once in Moore, the victim was able to convince Ball to bring her back to Purcell, where she was able to escape.

Weeks later, the victim was closing down the Subway restaurant on Green Ave. in Purcell when she was again kidnapped by Ball.

According to police, Ball was seen on video threatening the victim with a knife. A struggle ensued, and the victim was forced to leave with Ball “under threat.”

Authorities ultimately found the victim locked in a bedroom in Checotah, and arrested Ball.

Officials say Ball was charged with first-degree rape and kidnapping in that second case. He was ultimately convicted in McIntosh County and sentenced to 24 years in prison for the rape, and 20 years for the kidnapping.

Now, it looks like Ball will face even more time in prison in connection with the case from April.

According to online court records, Ball was charged with kidnapping, assault and battery with a dangerous weapon, aggravated assault and battery, violation of a protective order, and disrupting an emergency telephone call in McClain County District Court. 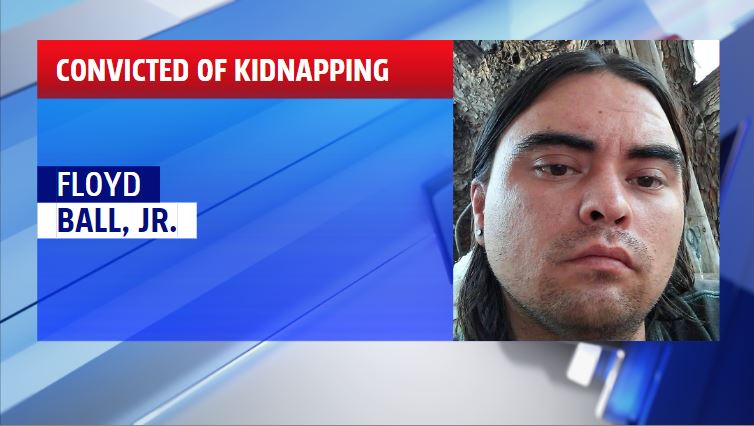 His sentencing is scheduled to take place in January.