LOGAN CO., Okla. – Nathan Leforce, the man accused of killing a Logan County deputy in 2017, has been found guilty of first-degree murder, first-degree armed robbery, and larceny of a motor vehicle by a jury of his peers.

Wade went by a house along Mulhall Rd. in Logan County to serve an eviction notice. Investigators say footage from Deputy Wade’s body camera captured the moment that Leforce suddenly pulled out a gun and fired several rounds at Wade.

Wade was shot four times in the body and face, but he was still able to call for backup as Leforce stole his patrol car. 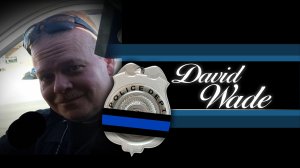 A manhunt ensued for Leforce, who reportedly made a stop at Smitty’s gas station and carjacked a customer.

Several hours later, Leforce was found in Guthrie and taken into custody. 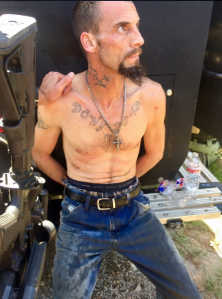 Originally, Leforce’s trial was expected to get underway in October of 2018.

However, Leforce’s attorneys claimed they needed more time to prepare for the trial, and asked for it to be postponed.

According to the Guthrie News Page, the judge said he didn’t want to delay the case, but also didn’t want there to be a chance of a reversal.

The trial was delayed once more and Leforce finally went to court in August of this year.

The state filed a bill of particulars in the case which means, at the end of the trial, the jury could request the death penalty.

No punishment will be recommended until the second portion of trial.

OKLAHOMA CITY (KFOR) - There have been 1,721 new cases of COVID-19 in Oklahoma reported in the last 24 hours, according to the Oklahoma State Department of Health.

Additionally, 19 more people have died from the virus, bringing the state's COVID death toll to 1,736.

COLUMBIA, Mo. (AP) — Sarah Fuller was playing around with a teammate a couple months ago when she kicked a soccer ball through the uprights from 45 yards away. She joked about being able to kick a football with teammates during the Southeastern Conference soccer tournament.

On Saturday, she made history.

PARIS (AP) — France’s highest administrative court on Sunday ordered a rethink of a 30-person attendance limit for religious services put in place by the government to slow down the spread of coronavirus.

The measure took effect this weekend as France relaxes some virus restrictions, but it faced opposition by places of worship and the faithful for being arbitrary and unreasonable. Even before the ruling, several bishops had announced they would not enforce the restrictions and some churches were expected to defy it.