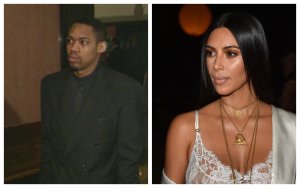 Kardashian West urged her Twitter followers Wednesday to contact the Oklahoma Pardon & Parole Board and Governor Kevin Stitt and ask them to consider a clemency petition for Julius Jones.

Jones was convicted for the July 1999 murder of Edmond businessman Paul Howell, who was shot and killed in the driveway of his parents’ Edmond home. Investigators say the person who killed Howell drove off in Howell’s Suburban after killing him.

Jones’ attorneys filed a petition for clemency after his appeal for a judicial review was denied earlier this year.

Kardashian West posted the following tweet in support of the clemency petition:

Yesterday Oklahoma death-row prisoner #JuliusJones asked the Pardon & Parole Board for clemency. Please help by asking the Board and @GovStitt to give careful and thoughtful consideration to his petition. @justice4julius Learn more at https://t.co/Q5IzUCghZu

Jones’ clemency petition is under review by the Oklahoma Pardon and Parole Board, which will now determine whether his application can advance.

In Oklahoma, only the governor can approve the commutation of a sentence.

Jones was a 19-year-old honor student on a scholarship at the University of Oklahoma when Howell was killed.

Jones was arrested and was put on trial for the murder. Jones never took the stand, and he was ultimately convicted and sentenced to death.

His supporters said his original defense team failed him, never even bringing up his alibi for the night of the murder.

However, Oklahoma County District Attorney David Prater said those defending Jones have “disseminated misinformation and lies regarding the trial and evidence” in the case.

The U.S. Supreme Court announced in January that it would not get involved in the case after Jones’ attorney argued that people of color are more likely to be sentenced to death in Oklahoma when the victim in the case is white.

Jones’ attorneys, weeks later, filed a new appeal asking the court to consider evidence against a juror accused of using a racial slur when referring to Jones during the trial. That juror reportedly told another member of the jury that someone should shoot Jones ‘behind the jail.’

Defense attorneys say the judge in the case knew about the conversation, but didn’t remove the juror from the trial.

Several community members issued statements supporting the clemency petition after it was filed.

GREENSBORO, N.C. (WGHP) – As the saying goes, a dog is man's best friend. And it couldn't be more true for Donald Dickerson.

"Every day he looks at me, I know I am loved. I named him Duude because that's my dude," Dickerson said. "We have a close, close connection."