OKLAHOMA CITY — A large earthquake shook Oklahoma Sunday night, it was even felt in neighboring states.

The USGS preliminary report was 5.3Magnitude but it has been downgraded to a 5.0M.

The earthquake struck at 7:44 p.m. about 1 mile west of Cushing.

All classes are canceled at Cushing schools Monday

Cushing Schools is cancelled tomorrow (November 7, 2016) to assess earthquake damage and ensure safety of our… https://t.co/KVMvVwYr4C

KFOR is receiving reports of it being felt all over the Sooner State.

There are even reports coming from many areas in Kansas, Arkansas and Missouri

Authorities in Cushing tell Newschannel 4 there is significant damage to several downtown buildings.

The Cimarron Tower retirement home was evacuated and those residents are being housed at the city’s youth center.

According to authorities, their main concern right now is the downtown area. They are asking residents to stay away from that area incase any more debris from buildings come loose.

At this time only minor injuries have been reported.

Most of the city’s power was out for a few hours on Sunday evening but that has been restored.

Several gas leaks have been taken care of as well.

The earthquake rattled city hall so much it cracked part of the front window. @kfor pic.twitter.com/waX6oBqWhE

The Oil and Gas Division (OGCD) of the Oklahoma Corporation Commission (OCC) and the Oklahoma Geological Survey is working on evaluating the earthquake that struck in the Cushing area this evening, currently placed at a 5.0 magnitude. The OCC’s Pipeline Safety Department has been in contact with pipeline operators in the Cushing oil storage terminal under state jurisdiction and there have been no immediate reports of any problems. The assessment of the infrastructure continues.

Parts of downtown Cushing are still blocked off. Authorities are asking people to stay away from dangerous damage. @kfor pic.twitter.com/QXqncZplE0 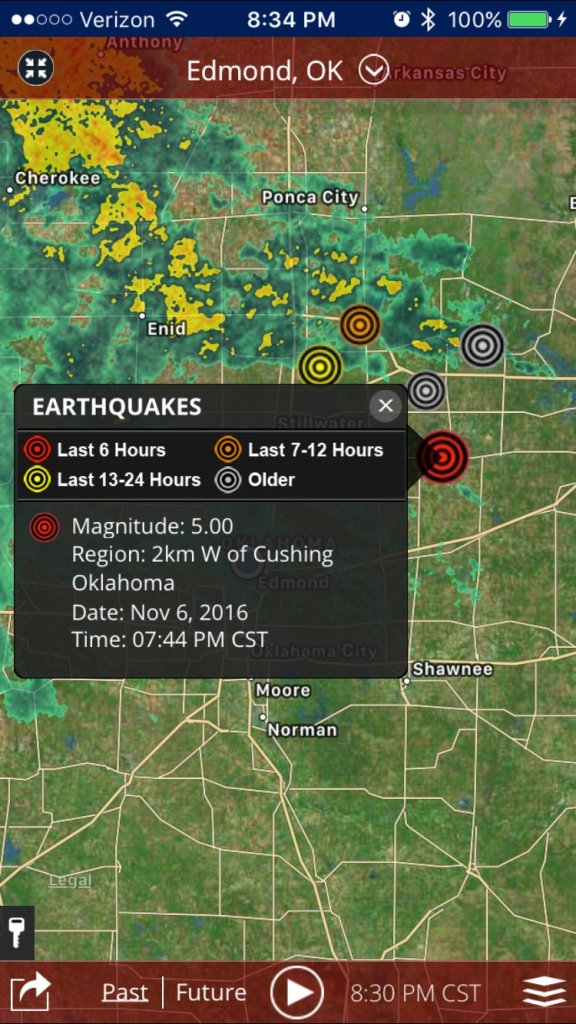 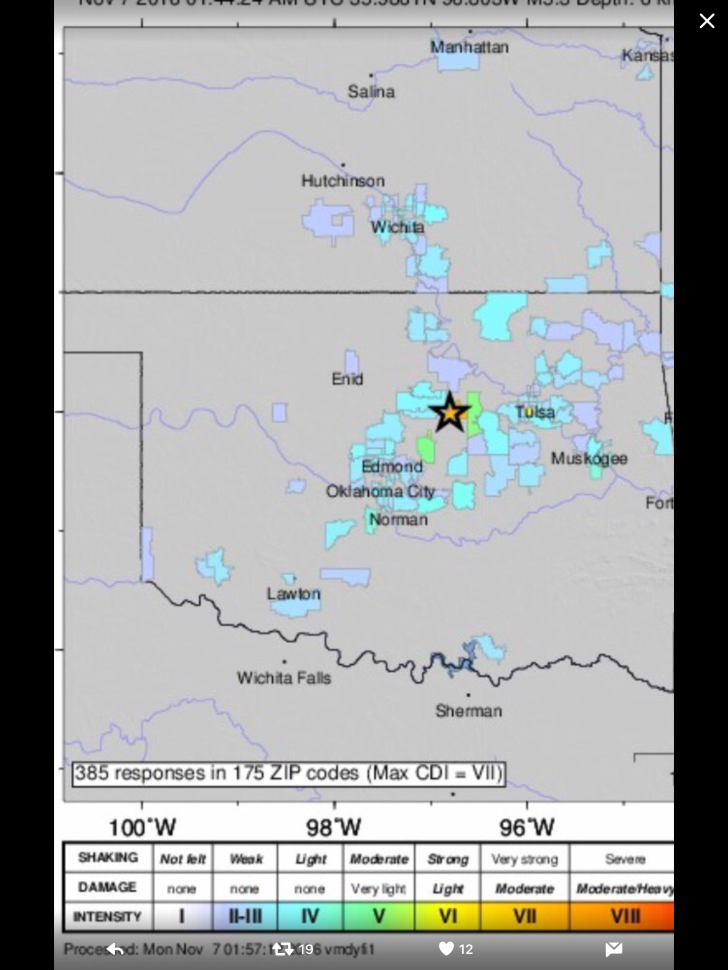 Officials learn cause of fire that killed 3 children