OKLAHOMA CITY – Oklahomans are the stars of a special movie made right here in the Sooner state. Minco natives and brothers, Lucas and Marcus Ross wrote, directed and produced LAZY CIRCLES, a movie about a cast of characters from the fictional town of Goshe, Oklahoma. 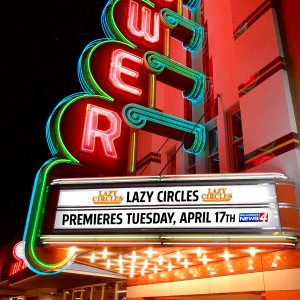 “We wanted to make a movie that was a bear hug to Oklahoma and funny,” said Lucas Ross. “Marcus and I have been hanging out together most of our lives and this is the first time we actually performed together.”

One of the main characters in the movie is named Nadienne Chitwood, played by Lucas. He says she is quite a character.

“Nadienne is the town mom, a busy body and she causes more problems than she solves. People love her, but she has a secret that everybody knows about,” said Lucas.

The cast features Oklahomans, including narration by OU coaching legend, Barry Switzer. There is also a special cameo appearance by a cast member of Star Trek: Voyager.

Click here to view the trailer for LAZY CIRCLES.

US defense chief in Hawaii amid distrust after fuel …

Montana site fouled by copper smelter to get final …

After #FreeBritney, California to limit conservatorships

SIOUX FALLS, S.D. (AP) — South Dakota Gov. Kristi Noem indicated Friday during her reelection campaign’s lone debate with her Democratic challenger, state lawmaker Jamie Smith, that if reelected she will uphold the state’s abortion ban that provides no exceptions for rape or incest. The Republican governor explained her position simply as “pro-life,” while pledging […]

WASHINGTON (AP) — The Biden administration will pay for $130 million in new climate initiatives for Pacific Island nations by reallocating money that had originally been earmarked for military assistance for Egypt but withheld because of concerns over human rights abuses. The State Department said it planned to reprogram money allotted for Egypt to pay […]