EDMOND, Okla. – For the past 39 years, Rockie Yardley has been a familiar face at the scene of major investigations.

Yardley has been employed with the Edmond Police Department as a civilian technical investigator, bomb disposal technician, and police SCUBA instructor.

In fact, Yardley is the one who spray-painted the words from Team 5 on the side of the Murrah building, saying, “We search for the truth, we seek justice. The courts require it. The victims cry for it. And GOD demands it.”

Every few years, he is asked to return to spray over the words. 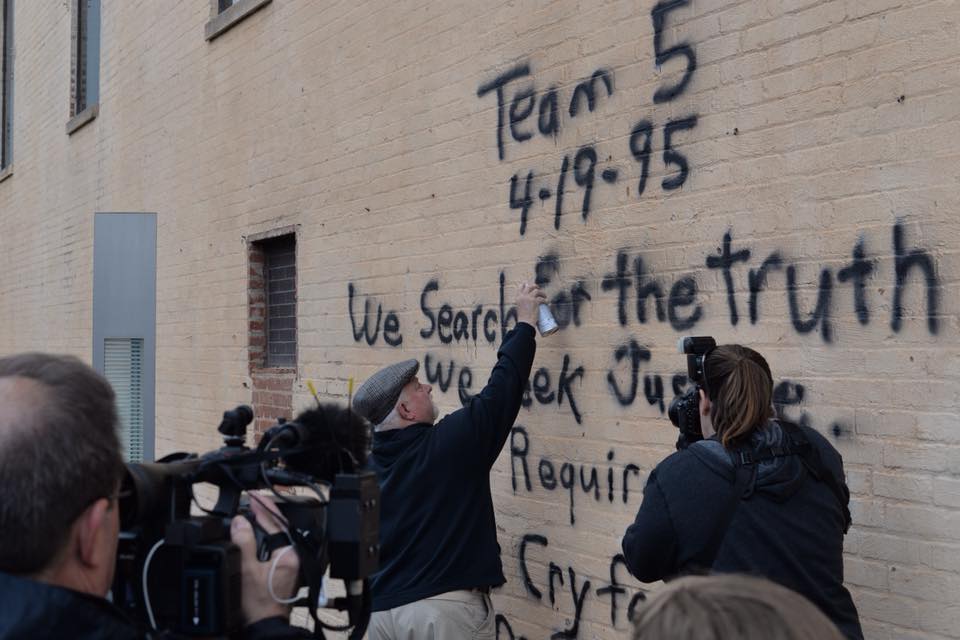 Now, officials with the Edmond Police Department say Yardley has decided to retire.

Officials say they are holding a ceremony for Yardley next week, which will not be open to the public.

‘Not all wounds are visible’: Dog helps veteran cope with PTSD

OKLAHOMA CITY (KFOR) - Oklahoma City Police are investigating after one person was injured in a stabbing on the city's northwest side Thursday afternoon.

Officers were called to the scene near NW 25th & Geraldine around 5 p.m. Thursday.

Carlton Nault is accused of abusing and neglecting his 83-year-old mother-- ultimately leading to her death.

OKLAHOMA CITY (KFOR) - Oklahoma City Police are investigating after a woman was shot to death in a SW OKC apartment complex Wednesday night.

"I don't know how else to describe it but just… shock," said resident Connie Santmyer. "It's horrible. It's very horrible."

‘Not all wounds are visible’: Dog helps veteran cope with PTSD

‘He was best at unconditional love’: Obit for Charlie the golden retriever goes viral

American to furlough 19,000 as clock runs out on airlines

‘It would create a constitutional crisis’: Democrats, Republicans clash on when to fill Supreme Court vacancy

Average of the polls: President Trump needs numbers to move to repeat 2016 upset

Task force: Oklahoma among worst in nation in coronavirus

‘He was best at unconditional love’: Obit for Charlie the golden retriever goes viral