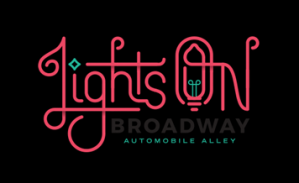 OKLAHOMA CITY (KFOR) – Broadway Avenue will light up once again to usher in the holiday season.

‘Lights on Broadway’ kicks off in Oklahoma City with a 4 to 8 p.m. event on Saturday, Nov. 23, along Broadway between NW 4th and NW 10th streets, according to a news release issued by Holly Hoyler with Downtown Oklahoma City.

The Curbside Chronicle pop-up will sell holiday wrapping paper for a good cause at NW 8th Street and Broadway Avenue. Sales will benefit the Wrap Up Homelessness program.

“One hundred percent of the proceeds from each package of wrapping paper go towards The Curbside Chronicle and its mission to employ and empower men and women transitioning out of homelessness in OKC,” the news release states.

You can also help folks trying to stay warm this winter by bringing new or gently used coats to the Salvation Army and Warmth 4 Winter’s drop-off location on Broadway Avenue.

‘Lights on Broadway’ is hosted by Automobile Alley and Downtown Oklahoma City.

Tornadoes touch down in Alabama, Mississippi

Study: Oklahoma’s economy could be one of the states hardest hit by COVID-19