WEATHERFORD, Okla. – The spirit of the Renaissance is about to come alive on the Southwestern Oklahoma State University campus. 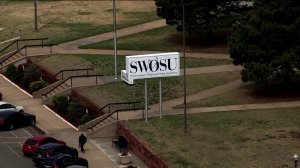 The SWOSU-Sayre Literary Festival returns to the university for its ninth year on Tuesday, Oct. 22. The Renaissance is the theme of this year’s festival.

The free, public event celebrates student writing and features lunch and Renaissance games, according to an SWOSU news release.

“The Literary Festival allows us to showcase SWOSU’s literary talent and convey what life was like during a much different time from ours,” said festival coordinator and SWOSU-Sayre Language and Literature Instructor Terry Ford.

The festival will feature the following programs:

An anthology that is released every year in conjunction with the festival – this year titled The Anthology of Student Works–Renaissance Revival – will be available to view. The anthology is described as a full-color book containing student art, poetry, essays and short stories.