MIDWEST CITY, Okla. – Local police are investigating after a teen’s body was found in the street late Monday night.

Police say a woman called police around 11:30 p.m. saying there was someone lying in the street near NE 15th and Spencer Road that had possibly been shot.

When police arrived, they say they found 18-year-old Christopher Johnson dead from an apparent gunshot wound.

Evidence indicates Johnson collapsed in the road moments before 911 was called.

Police say Johnson was walking home at the time of the shooting and may have encountered someone in ESA park.

Johnson was a student at Star Spencer High School.

“This has been a difficult few days for the Oklahoma City Public School family; this morning we send our condolences and thoughts to the Spencer community following the death of an eleventh grade student from Star Spencer High School. A parent should never have to bury a child and we are saddened that we have lost a young life too soon. Grief counselors are on hand at the school to support the students and staff following this unfortunate incident,” Tierney Tinnin, OKCPS Senior Communications Officer, said.

The Midwest City Police Department is asking anyone with information to come forward. 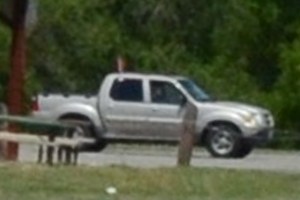 “We are aggressively following leads in this case where a young man’s life tragically ended, if anyone has information regarding this crime, please contact the Midwest City Police Department at 739-1306 or 739-1388,” Chief Brandon Clabes said.

Authorities say a silver or gray extended cab pickup was in the area prior to the shooting and may be a possible witness.

This is Midwest City’s first homicide of 2015.