BIXBY, Okla. (KFOR) – An Oklahoma school bus driver who is accused of driving a bus with students on board while intoxicated has been charged with the alleged crime.

Last week, officials with Bixby Public Schools say the district’s transportation director pulled 64-year-old Donny Cheatham aside after receiving reports that he was running late on his route.

At that point, the director smelled alcohol on Cheatham and took him to perform a drug and alcohol screening.

Authorities say Cheatham had a blood-alcohol level above the legal limit. 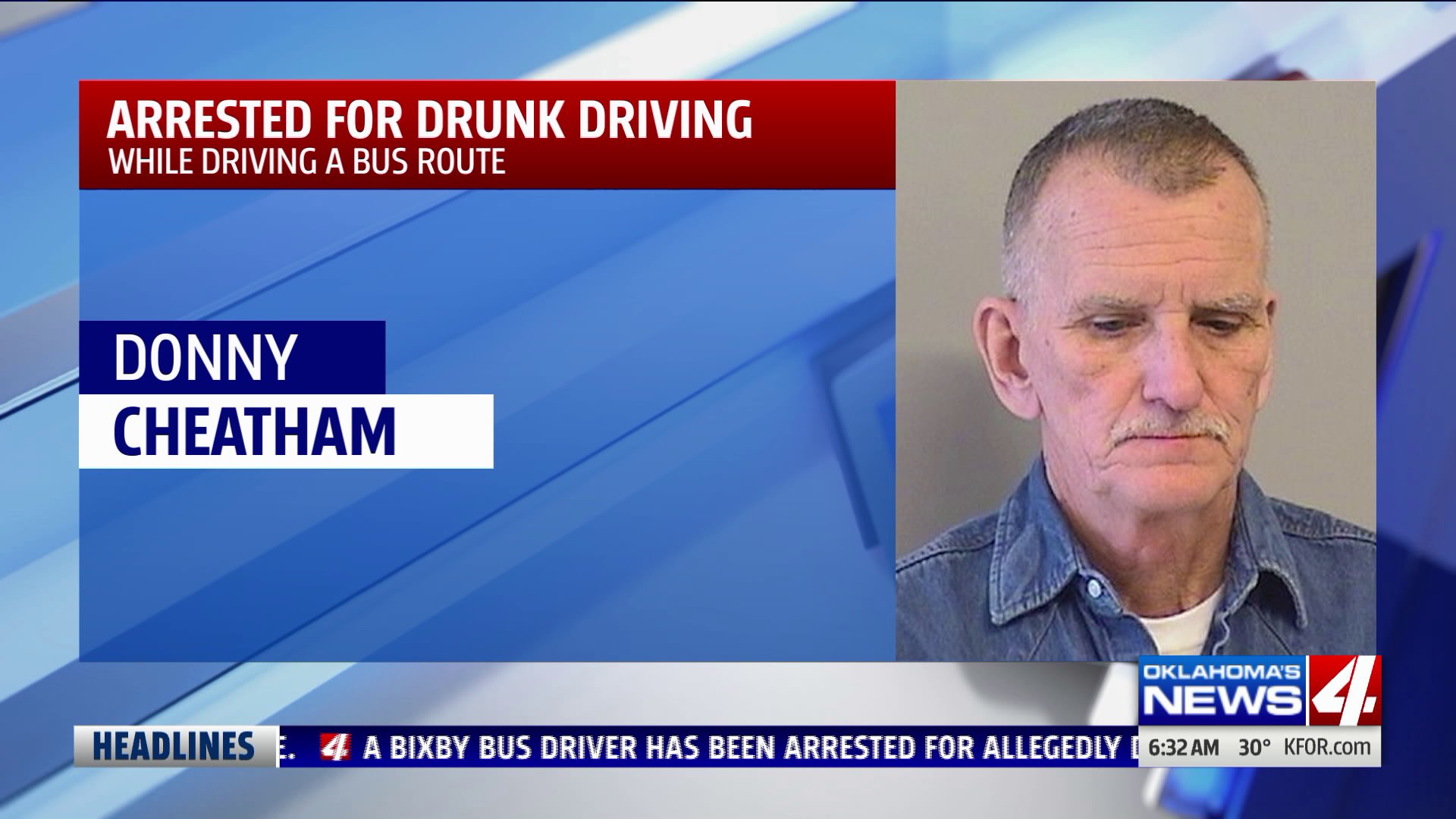 According to a news release from Bixby Public Schools, Cheatham had driven an elementary and secondary route that morning. The route included 66 students from Central Elementary School or Central Intermediate, and six students from Bixby Middle School or Bixby High School.

He was arrested on complaints of child endangerment and public intoxication. He is no longer employed by the school district.

“I am deeply sorry that our children and families have been impacted by this terrible lack of judgment on the part of a Bixby employee. Keeping our students safe is the most important responsibility we have as school employees. As the Superintendent of Schools, and as a parent and grandparent, I fully understand the potential emotional impact this may have on students, family, and staff. Supports will be made available for students as necessary. It is our goal to be transparent regarding these types of incidents and we will immediately review our policies and protocols to ensure appropriate safeguards are in place to prevent this from happening in the future,” a statement by Bixby Superintendent Rob Miller read.

On Wednesday, KJRH reports that Cheatham was supposed to appear in court but didn’t show. At that point, a bench warrant was issued for his arrest.

Here’s How Much Cute Puppies Can Cost, and How to …

Goldendoodles, Maltipoos, Morkies: A Warning Before …

Find Adoptable Pets in Your Area Using the ‘WeRescue’ …

Many Unhoused People Would Choose Their Pet Over …

Photos: Adorable cats, dogs up for adoption in OKC

Less than 800 without power in Seminole

What is ‘Paxlovid rebound’ and how common is it?

The rise of “Jackhammer” parents

Understanding why you’re waking up tired

How to handle an aggressive dog

4 Seniors: Help for seniors who are aging alone

4 Seniors: How to get help as a solo ager

Made in Oklahoma: Dreamy peach trifle

Money Monday: How to find scholarships for college

How to reach financial freedom and stay there

Beloved carhop passes away after battle with cancer

Stranger honored for putting out fire

Oklahoma City sisters Pay It 4ward to hero who saved …

Neighbor goes above and beyond after car crash