OKLAHOMA CITY (KFOR) – If you are planning a trip for the holidays, airport officials warn that an upcoming construction project could cause an issue for some travelers.

Beginning on Oct. 14, officials say lanes will be narrowed on Terminal Drive, which is the main roadway in and out of Will Rogers World Airport. As a result, airport officials warn that traffic will be significantly impacted.

“We’re going to see some backups, we’re going to have some detours,” said Will Rogers World Airport spokesperson Karen Carney.

Terminal Drive will be narrowed from four lanes to just one lane, and the construction zone will begin on Meridian Ave., just north of the S.W. 54th St. bridge. 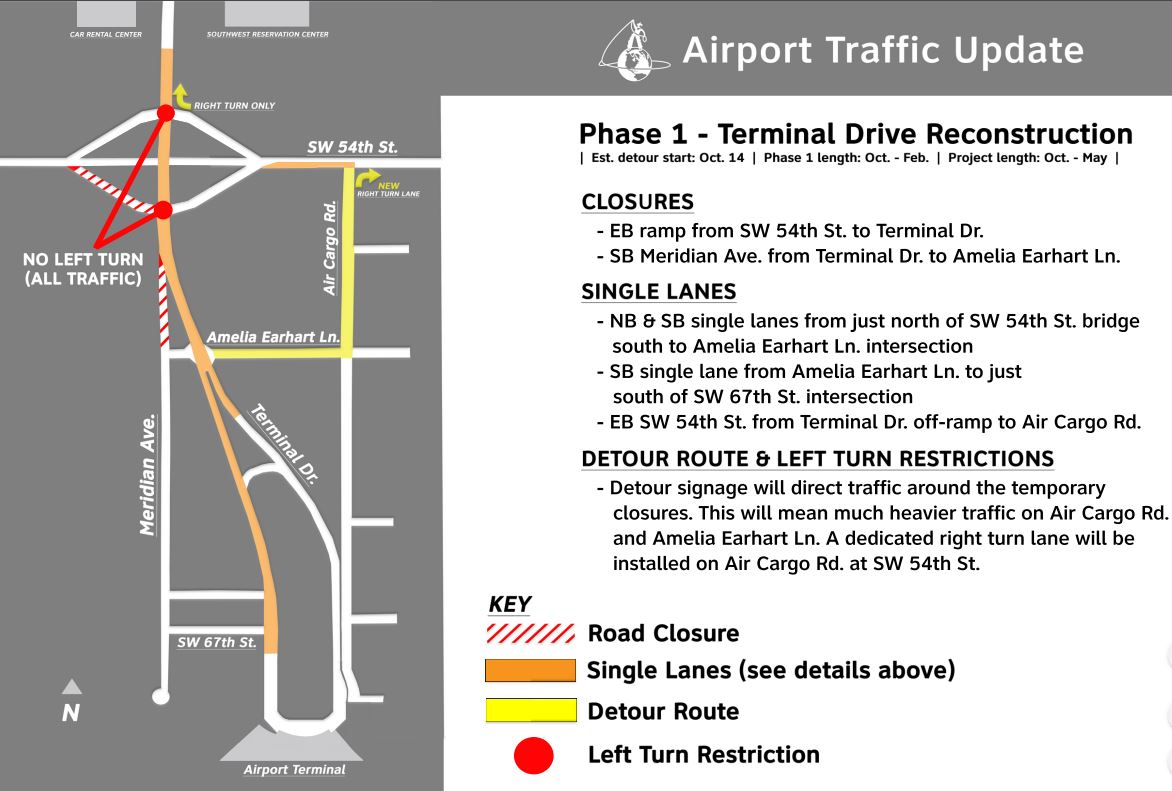 Also, there will be no left turns onto or off of S.W. 54th St. at Meridian. Due to the left turn restrictions, vehicles will be detoured to Air Cargo Rd. or Amelia Earhart Lane depending on the direction of travel. 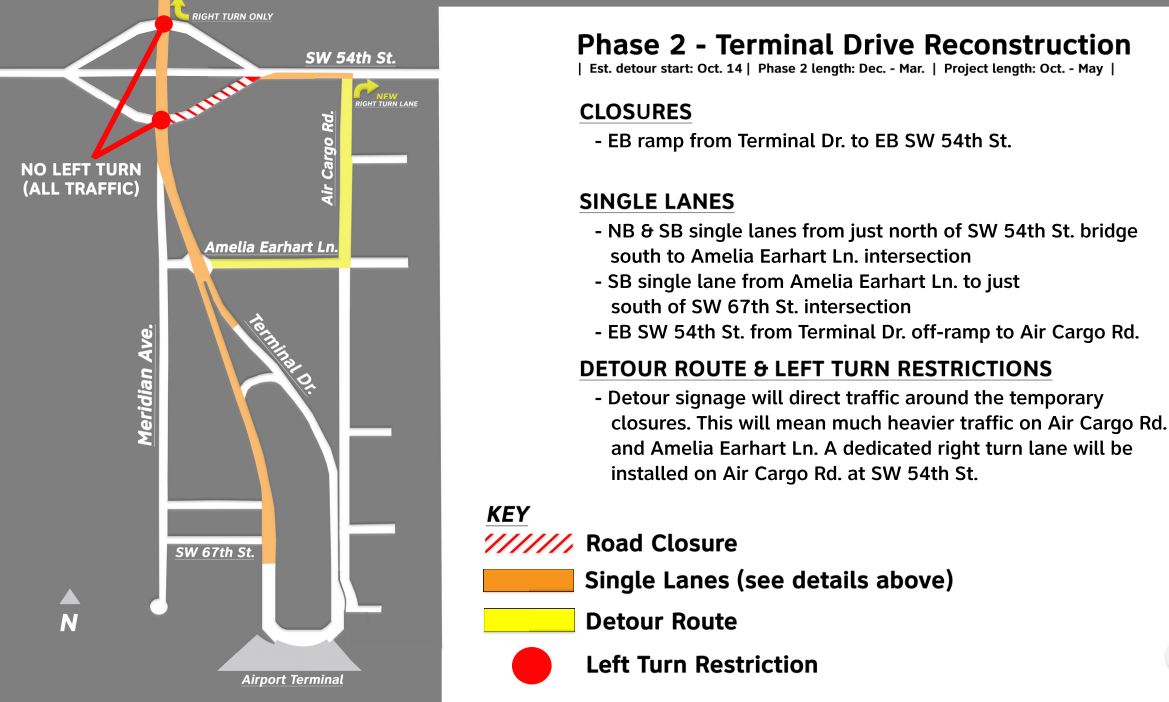 To avoid confusion, the airport strongly encourages both inbound and outbound drivers to utilize Airport Rd. in lieu of 54th St. 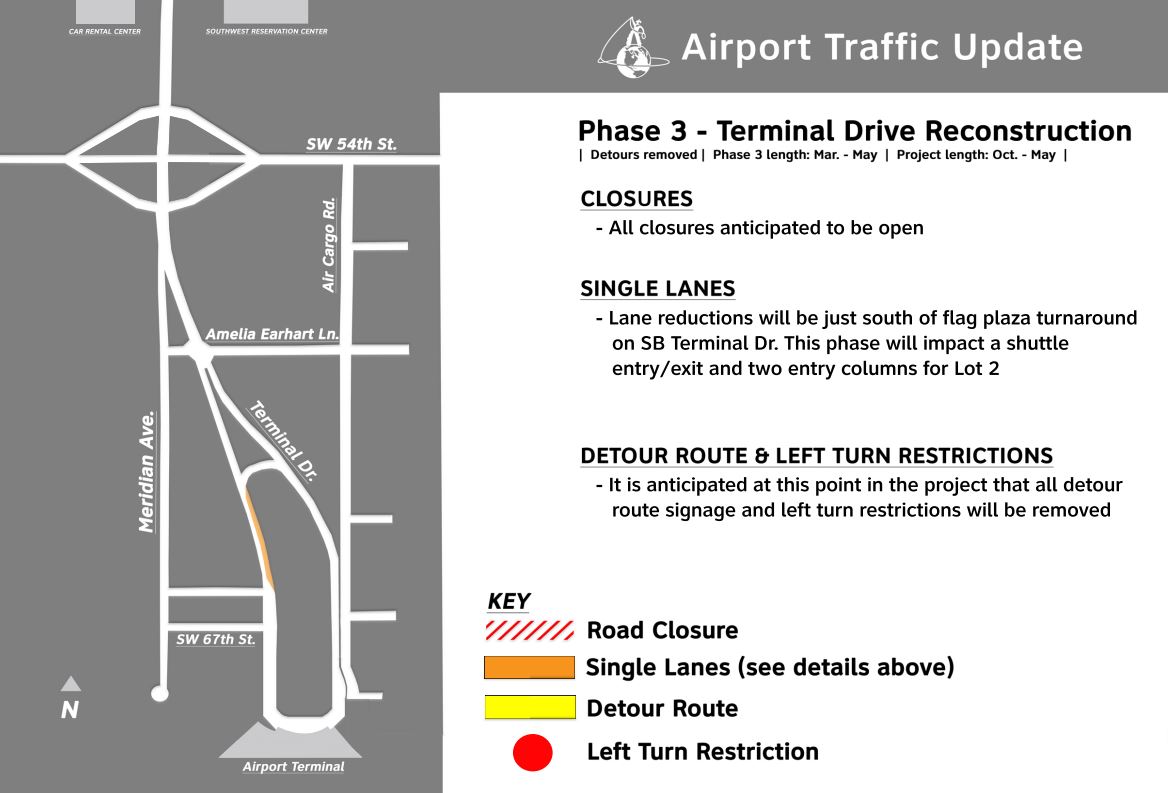 Officials say that although southbound lane closures will extend all the way to the terminal, all parking facilities will be accessible.

If you are planning to fly out of the airport in the next few months, airport officials recommend that you allow an additional 15 to 20 minutes to navigate the construction.

The $4.5 million project is divided into three phases and is expected to last eight months.

District officials say that Clinton High School has made adjustments to provide students space to social distance. This includes removing unnecessary furniture, monitoring and balancing class sizes and using non-traditional learning areas on campus that provide the opportunity to social distance at all times.

OKLAHOMA CITY (KFOR) - Police are searching for a woman after she was reported missing Sunday morning.

Oklahoma City Police issued the Silver Alert for 70-year-old Susan Young. She was last seen driving near the area of Reno and Meridian Avenue around 6:15 this morning.

Fall to begin with rain and cooler temps