OKLAHOMA CITY – A man who drove into the Ten Commandments monument at the Oklahoma State Capitol has allegedly done the same thing in a neighboring state.

In October 2014, authorities say the granite monument that sat outside the Oklahoma Capitol was destroyed when Michael Reed rammed his car into it. 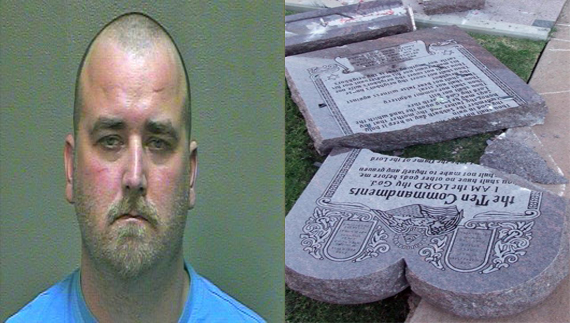 At the time, Reed told agents with the Secret Service that Satan made him crash his car into the statue.

Reed’s family insisted that crashing into the Ten Commandments monument was not a religious or political statement, but rather a result of a mental health issue.

“I am a born-again Christian who speaks in tongues, and I Love God, Jesus and the Holy Spirit. I love going to church, and I love reading the Bible. Anyone who knows me knows this is true. I want to share with lost people that God’s love is real,” Reed wrote in a letter to the Tulsa World.

Now, officials in Arkansas say Reed has done the same thing at their Capitol.

According to KARK, Reed was taken into custody after driving into a Ten Commandments monument that was just installed at the Arkansas State Capitol. 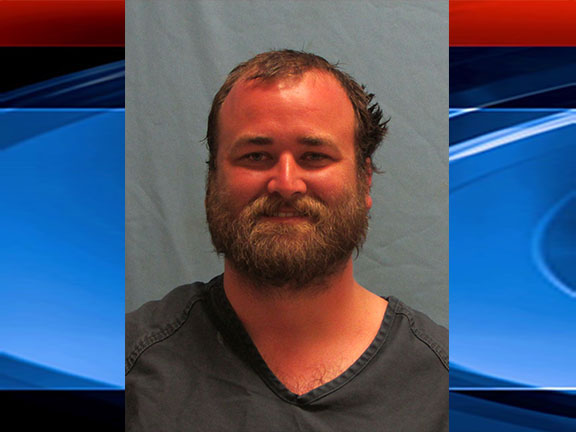 The Ten Commandments monument at the Arkansas State Capitol had just been erected on Tuesday.

In less than 24 hours, it was in pieces.

We're told someone drove through the grounds and hit the monument around 5:15am. Police arrested him and there is an active investigation. pic.twitter.com/wFShtpiDIK