Warning: This story contains details that may be considered disturbing.

MIDWEST CITY, Okla. – The man who allegedly raped a 4-year-old inside a bathroom at a McDonald’s in Midwest City has been officially charged.

37-year-old Joshua Kabatra now faces one count of rape in the first degree by instrumentation and two counts of lewd, indecent or lewd acts with a child under 16.

Back on July 18, police responded to a McDonald’s near SE 15th and Air Depot after a 4-year-old girl said she had been touched while in the bathroom in the play area of the restaurant.

Daycare employees told officers the 4-year-old had gone to the bathroom and they went to check on her after noticing the child had “been gone for a while.”

The daycare employee says the door was locked, and after knocking for a while, a man answered the door and came out with hands up, saying “I was just washing my hands.”

The 4-year-old was asked if she was touched by the man and she said “yes,” pointing to her genital area.

Kabatra told police he was in the playground area when he started to feel sick and went to the bathroom, knocking on the door.

He said when he opened the door, a female was sitting on the toilet. He says he then threw up in the sink, washed his hands and left the bathroom. 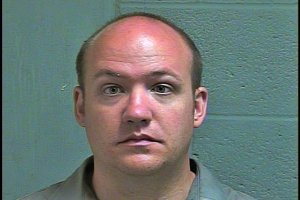 However, during a later interview with police, we’re told the suspect admitted to touching the child.

“It’s just a horrific situation for any parent, a nightmare for any child and certainly for the daycare,” Chief Brandon Clabes with the Midwest City Police Dept. said. “At this point, there’s nothing indicating the daycare workers did anything wrong. They were supervising the children — the only person who did anything wrong is our suspect.”

According to police, Kabatra has only been living in Oklahoma for a few months.

“We’ve never seen this individual before and we hope to never see him again,” Clabes said. “What we would encourage the public — look at his mugshot. If anybody feels like they’ve been a victim of this individual or their children has been a victim, have those conversations with your children and let us know. Contact our agency.”

On July 19, an attorney for the Destiny Christian School confirmed it was one of their children who were sexually assaulted during a field trip.

“On July 16, 2019, one of our children was sexually assaulted during a field trip to a local McDonalds. Our teachers and volunteers assisted in apprehending the suspect and detaining him until local authorities could arrive. The police commended our teachers on their awareness and handling of the situation in the best way possible. The police believe all of those actions prevented the suspect from doing anything further to our child or allowing the suspect from getting away. Destiny Christian School has fully cooperated with local authorities in its investigation of the incident. Furthermore, Destiny Christian School remains committed to providing any further assistance needed into the investigation of this matter. The child and her family have certainly been in our prayers and we are working with her and her family in every way possible. Destiny Christian School is dedicated to providing a safe and loving environment for our children.”

McDonald’s also responded to the incident:

“At McDonald’s, nothing is more important to us than the safety and well-being of our customers. We are deeply disturbed by the incident that occurred at one of our Oklahoma restaurants earlier this week. We are fully cooperating with the police during their investigation. At this time, our thoughts are with the victim and others impacted by this incident.”

TAMPA, Fla. (WFLA) — Duane Chapman – better known by the name of his TV show, "Dog the Bounty Hunter" – visited the Florida family home of Brian Laundrie Saturday. Laundrie is a person of interest in his girlfriend Gabby Petito's death, which has been ruled a homicide.

The reality TV personality pulled up to the North Port home of Christopher and Roberta Laundrie around 4:30 p.m. and knocked on the front door. No one answered.

SALT LAKE CITY, Utah (KTVX) - Aaron Lowe, a 21-year-old football player at the University of Utah, was killed in a house party shooting early Sunday morning. Another person, an unidentified woman, is in critical condition.

(NEXSTAR) – The remains of a hunter who was last seen in 1968 have been discovered more than five decades after he first went missing.

The remains of the missing man were found Friday, in Idaho’s Lemhi County, by another hunter who was seeking a shortcut between hunting areas, according to incident report filed by Lemhi County Sheriff Steve Penner.

$119 Million now available for schools to ramp up COVID testing