OKLAHOMA CITY – It was an interesting Tuesday afternoon for an Oklahoma City Police employee, after she found a stranger “chilling” in her car parked outside her workplace.

Sylester said a security guard at the Oklahoma City Municipal Courts alerted her that a man was smoking a cigarette in her backseat.

When she rushed out to confront him, she said it appeared he was trying to start the car.

With police right down the road, the suspect, 30-year-old Ryan Pangle, was arrested.

He was booked into the Oklahoma County Jail located just feet away.

While he did not get away with the car, the victim said she noticed something else was missing.

Candy and Capri Suns for her grandkids were gone.

“He pretty much had him a little chilling session in the back seat,” Sylester said.

A bold move that has her puzzled.

“How stupid can you be?” Sylester said. “In front of the courthouse with security, marshals, policeman going by all the time.”

Pangle is facing a charge of attempted grand larceny.

Pangle has been in trouble with the law before. This was his fourth time in the Oklahoma County Jail. He was recently released back in May after a DUI arrest.

We reached out to Pangle by phone Wednesday afternoon but have not heard back from him. 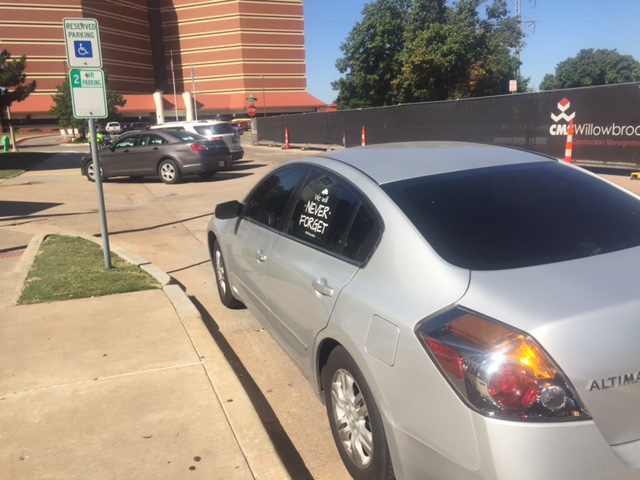 OKLAHOMA CITY (KFOR) – A pedestrian died Tuesday night after being run over by a train in Oklahoma City.

The Oklahoma City Fire Department was called to Melrose Lane near Council at around 7:45 p.m. Tuesday.

MINNEAPOLIS (AP) — Former Officer Derek Chauvin was justified in pinning George Floyd to the ground because he kept struggling, a use-of-force expert testified for the defense Tuesday, contradicting a parade of authorities from both inside and outside the Minneapolis Police Department.

Taking the stand at Chauvin's murder trial, Barry Brodd, a former Santa Rosa, California, officer, stoutly defended Chauvin's actions, even as a prosecutor pounded away at the witness, banging the lectern at one point during cross-examination and growing incredulous when Brodd suggested Floyd was struggling because he wasn't “resting comfortably” on the pavement.

(NEXSTAR) – The Moderna COVID-19 remains effective even after 6 months, the company said in a Tuesday update on its ongoing clinical trials.

The study looked at 33 healthy adult participants in the Phase 1 study of Moderna's vaccine at six months following the final dose.

Showers in the Vicinity

NCAA could move tournaments if anti-transgender bill passes in Oklahoma