CHICKASHA, Okla. (KFOR) – Authorities say an Oklahoma man was taken into custody after he allegedly violently assaulted and kidnapped a woman.

According to the Chickasha Express Star, Daniel Neff is accused of strangling, hitting, and kicking a woman. In fact, investigators allege that Neff hit her repeatedly with a cell phone, which caused the screen to shatter and bend the device.

An arrest affidavit from Oklahoma City police says officers were called to a hotel after receiving a 911 call about a woman being held against her will. When officers arrived, they say they could see the victim with a “very severe black eye and several bruises and abrasions.”

Neff was ultimately arrested in Oklahoma City on one complaint of kidnapping. 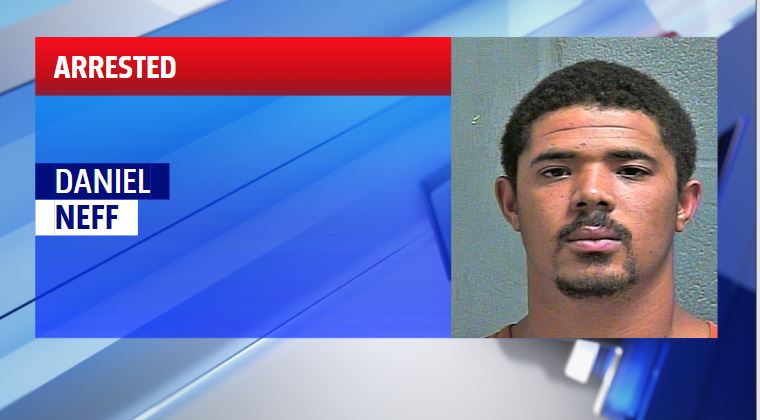