EDMOND, Okla. (KFOR) – A man who is accused of opening fire on Edmond police officers has now been charged in Oklahoma County District Court.

Just before 9 p.m. on June 22, Edmond officers were called to a home near the University of Central Oklahoma campus “in reference to a male subject who was possibly under the influence of ‘acid’ causing a disturbance.”

When officers arrived at the scene, the situation took a dangerous turn.

“Suspect runs through the plate-glass window of his own house to get back inside the house after we all arrive,” Jenny Wagnon, with the Edmond Police Department, told News 4 in June.  “Goes into the bedroom, where the blinds are that you can see, and starts firing shots out the window at officers.”

Officials say 19-year-old Jackson Morris didn’t shoot anyone. However, one UCO officer was injured while trying to drive out of the way.

According to police, Morris was “shouting” and making “odd, incoherent statements.” Police said they told him to repeatedly lay on the ground and “to which he would sometimes comply but would then get back up and continue to pace around the yard.”

Morris was tased and taken into custody. Once in custody, Morris reportedly told officers that he was on acid at the time of the shooting.

According to court documents, Morris has been charged with two counts of assault with a dangerous weapon and one count of discharging a firearm into a dwelling. 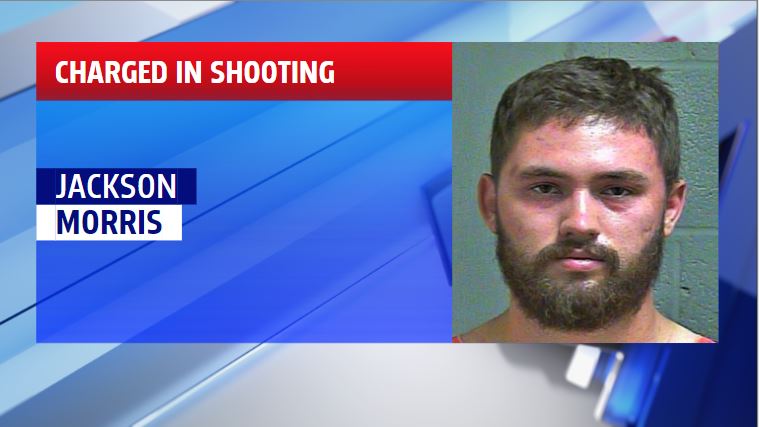