GUTHRIE, Okla. – The man charged in connection to the deaths of two Oklahoma teachers has pleaded guilty to two counts of first-degree manslaughter.

In October 2014, they were carpooling to work when officials say Rocky Baca’s car crossed the center line on State Highway 33 and slammed into their car.

“He was traveling the wrong direction in their lane and they went left to avoid him and they hit head on,” said Oklahoma Highway Patrol Lt. Betsy Randolph.

The Oklahoma Highway Patrol says both teachers were pronounced dead at the scene. 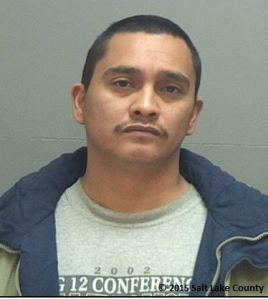 A police affidavit shows Baca admitted to smoking synthetic marijuana before leaving for work that day.

He was charged with two counts of first-degree manslaughter.

Baca initially pleaded not guilty to the charges.

He was sentenced to 20 years in prison.  He will serve the first 12 years in custody and the last 8 years on probation.

He was also ordered to pay restitution to the victims’ families in the amount of $31,782.96.

According to the Guthrie News Page, Baca had to give a statement under oath, providing officials with details on where he purchased the synthetic marijuana and how often he smoked it.

“This kind of detailed and specific statement from the Defendant is uncommon and was negotiated as part of the plea bargain in order to assist one of the victim’s families in a civil lawsuit against the provider of the synthetic marijuana. Had the Defendant not agreed to make this sworn statement, the chances of their future lawsuit being successful would be greatly diminished,” District Attorney Laura Austin Thomas said.