HOUSTON, Texas – Human remains discovered in a Houston field are those of a woman who went missing almost 20 years ago.

According to KPRC, Cox disappeared on July 15, 1997 after touring the Denton jail with her criminology class. She phoned her boyfriend to pick her up from a payphone nearby, but was never heard from again.

William Reece led investigators to a pasture in southeast Texas, where he said he buried Cox’s body.

On April 5, investigators called Bynum to let her know that remains had been found and they believed they were Kelli’s.

William Reece was arrested and sent to prison in 1998 after he abducted 19-year-old Sandra Sapaugh, who was able to escape and call police.

Now, he has been linked to several cases, including at least one murder.

In 1997, 19-year-old Tiffany Johnston was abducted from the Sunshine Car Wash in Bethany, Okla. 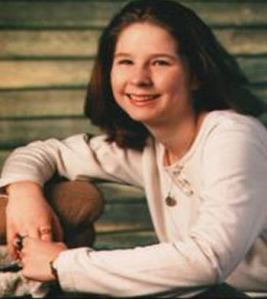 The next day, July 27, her body was found just south of I-40 in Canadian County.

Cox and Johnston are two of five women who were kidnapped, murdered or disappeared in 1997 under similar circumstances.

Sources tell KPRC all five are connected to Reece.

Reece moved to Houston in 1996 after serving time in Oklahoma for rape.

Anthony Osso, Reece’s attorney, said his client has a serious heart condition and realized that he will likely spend the rest of his life in prison regardless.

“He wants closure for the families involved,” Osso said. “I think he’s at peace with the fact that he’s going to remain in prison, probably die in prison.”

SOUTH LAKE TAHOE, Calif. (AP) — An injured bear cub rescued after it suffered burns in a California wildfire is being nursed back to health at a wildlife center at Lake Tahoe.

Officials at Lake Tahoe Wildlife Care have named the young male bear “Tamarack” after the fire that burned through the Sierra south of the lake and into Nevada.

ENID, Okla. (KFOR) – As students prepare to head back to the classroom, kids at one Oklahoma elementary school will soon be greeted by a familiar face.

Scott Allen, principal of Monroe Elementary School in Enid, was diagnosed with COVID-19 in October of 2020.

Bhutan fully vaccinates 90% of eligible adults within a week

Humanitarian Respite Center at capacity, asks Border Patrol not to drop off any more migrants