OKLAHOMA CITY – An Oklahoma man accused of abusing his elderly mother has been charged in connection with her death.

On June 13, Oklahoma City officers were flagged down by management at the Meadowbrook Estates apartment complex in reference to a possible elder abuse case.

According to the arrest affidavit, managers at the complex told police that tenants heard “objects being thrown” from inside a nearby apartment. The tenants also reported that they heard a woman tell a man to stop, and that he was hurting her.

The affidavit states that the neighbors then heard a man tell the woman, “Why don’t you just lay on your bed and die?”

Although officers could see the 83-year-old victim, who was Nault’s mother, in a chair, they say 53-year-old Carlton Nault refused to allow them inside the apartment to speak with the woman. Officers say after a brief struggle, Nault was taken into custody.

“[Victim] had significant bruising on her right eye consistent with someone striking her. She had dried blood on the right side of her face on her cheek and around her eye. [Victim] also had a blood soaked bandage above her right eye and was sitting on a towel covered in feces,” the affidavit states.

Officers say when they asked the victim if Nault is the one who caused her injuries, the victim nodded.

When the victim arrived at a nearby hospital, hospital staff members told investigators that she had a large cut above her eye and was wearing three diapers that were all soiled.

According to the affidavit, authorities say the apartment was in a deplorable state and had “feces and urine in every room.” The victim’s bed “appeared black and was covered in feces and mold,” the report states.

“He had mistreated her to the point where she had to be taken to the hospital,” MSgt. Gary Knight, with the Oklahoma City Police Department, said. “She had lacerations on her head and face where she had been either beaten or struck with items.” 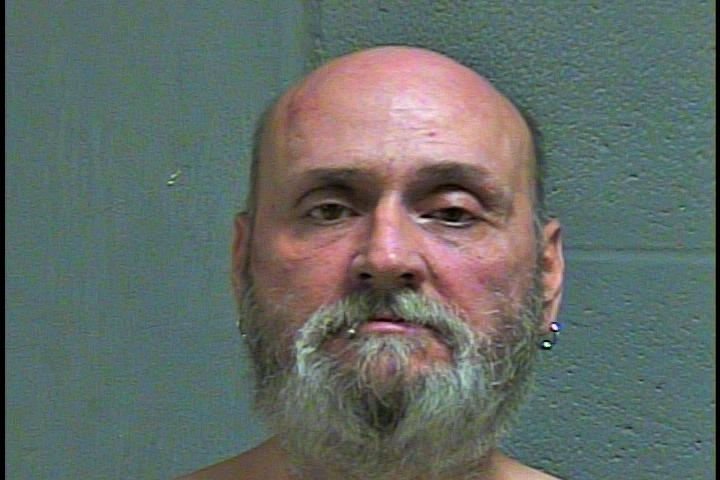 A short time later, the victim died from her injuries.

Earlier this week, officials in Oklahoma County charged Nault with one count of second-degree murder.

According to Oklahoma City police, Nault was convicted in 2011 of abusing his mother and is currently serving a suspended sentence for that incident.