TULSA, Okla. –  A jury found a man guilty of killing and dismembering his ex-girlfriend, whose partial remains were found in an Oklahoma dumpster.

In February of 2017, relatives and friends became concerned when 25-year-old Ashley Mead and her 1-year-old daughter, Winter, disappeared. Mead was reported missing when she didn’t show up for work in Colorado. 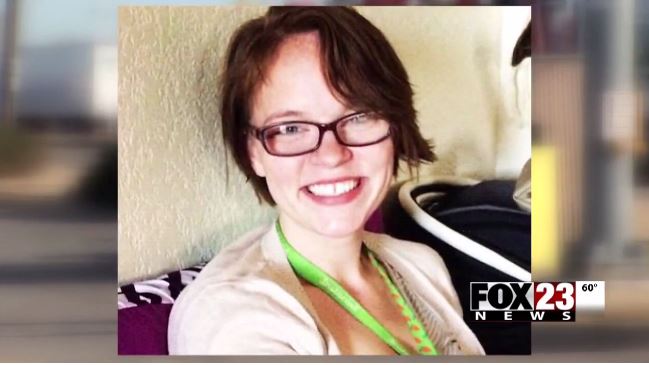 A few days later, a gas station employee found a human torso in a suitcase that was thrown in a dumpster in Okmulgee.

Densmore was found in Okmulgee with the toddler and was taken into custody.

However, investigators say they still have not recovered all of Ashley’s remains.

According to 9 News, prosecutors argued that Densmore had “an absolute hatred” for Mead and killed her because he wanted to keep their 1-year-old daughter in his life.

On Thursday, a jury found Densmore guilty of all of the charges.

Densmore faces life in prison for the charges. He will be sentenced next month.