GUTHRIE, Okla. (KFOR)- Nearly five years after an Oklahoma man’s body was found in southern Logan County, the suspect in his death is headed to trial.

The investigation began when James Fox’s body was found in his home in southern Logan County on Dec. 14, 2014.

At the time, authorities realized that Fox’s vehicle, cell phone, and credit card were all stolen during the crime. Investigators were able to track Fox’s phone and credit card to Houston, Mississippi, and Detroit by early January of 2015.

After reviewing surveillance photos of the person using the credit card, officials identified the suspect as Lance Alan Solomon.

In January of 2015, Solomon was arrested by Michigan police on a complaint of first-degree murder. 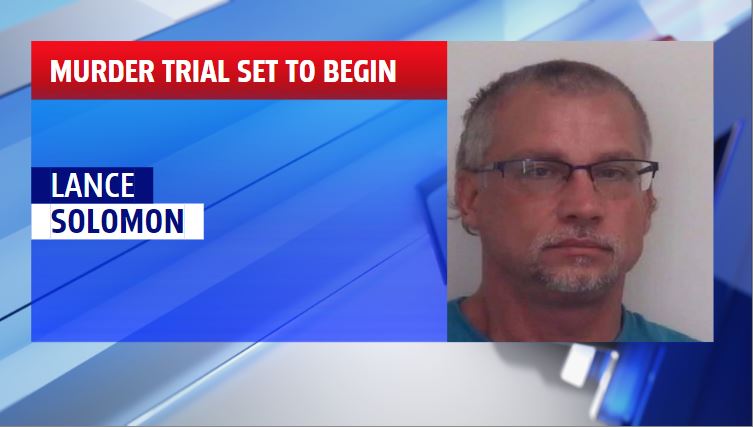 Nearly five years after the murder, Solomon is set to go on trial for the crime.

According to online court records, it appears that there have been numerous issues related to communication and getting all of the witnesses together for a trial.

In June of 2016, Solomon filed paperwork in order to better understand his court dates. In the paperwork, Solomon says he was “not allowed” to be at a court hearing in April of 2016, and said that his attorney was not communicating with him.

Over a year later, Solomon’s attorney filed a motion to dismiss, arguing that her client had been in custody for over two years without a trial. The motion argues that a key witness to the defense’s case passed away in the years since the murder. Ultimately, that request was overruled.

Two and a half years after the murder, the trial finally began and lasted seven days. In the end, the jury was hung and the court declared a mistrial.

After several other delays in the case, court records state the second trial is set to begin on Oct. 21.