Jason Schurman’s home in Fort McMurray, Alberta burned to the ground in May 2016 in a massive wildfire that forced 88,000 people to evacuate. The chimney was all that remained.

This July, disaster struck the Schurman family again when a wildfire engulfed a rental property, a log cabin in Hanceville, British Columbia.

“The thought of having two homes gone in a little over a year, both to wildfires, is really mind-boggling,” Schurman told CNN on Monday.

All that remains of his log cabin is the skeleton of the house’s chimney – like the other home. 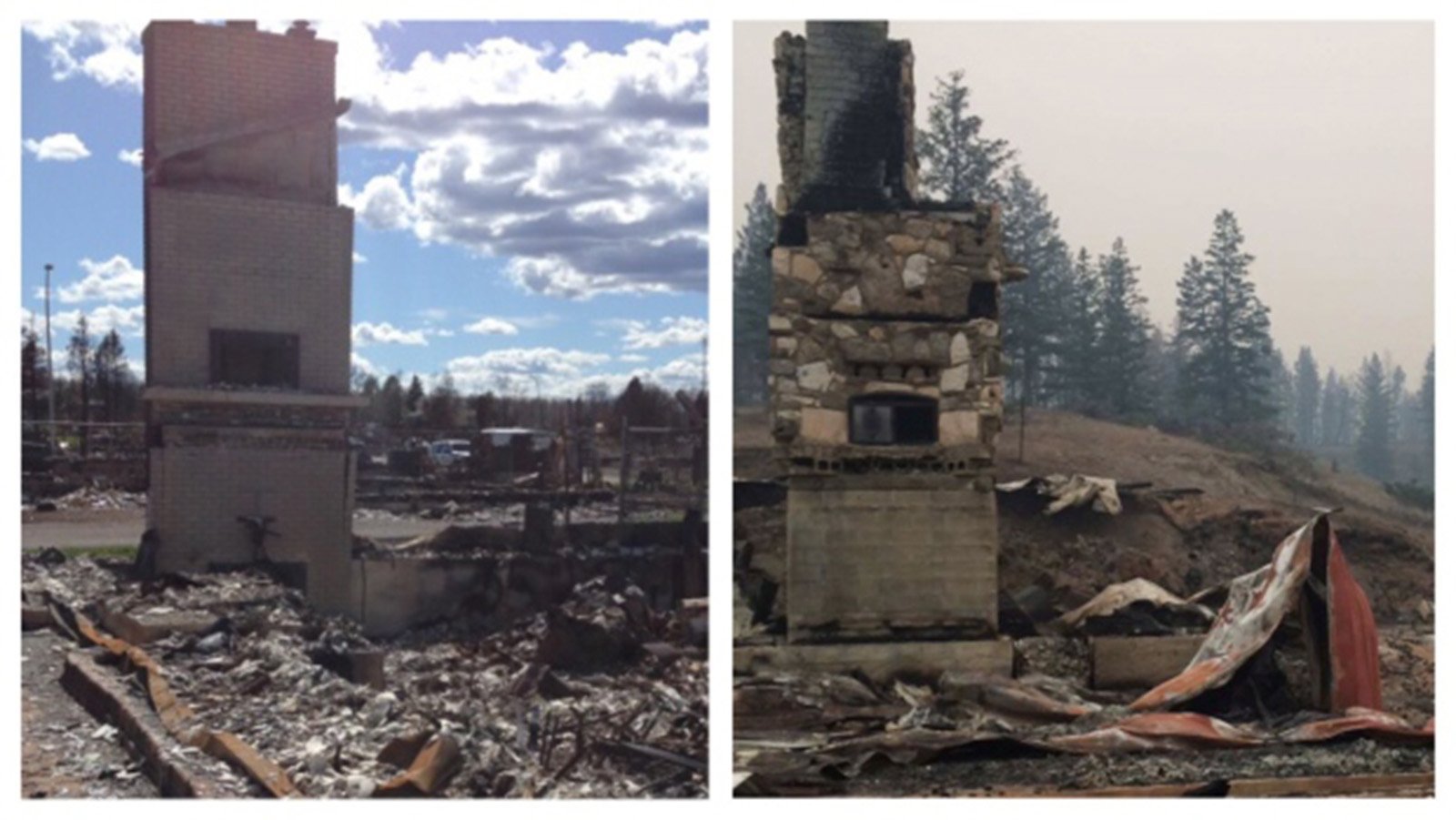 Schuman is living in an RV in downtown Fort McMurray for the time being so he can be close to work. His family has been forced to move 4 and a half hours away to Edmonton.

“We are still paying mortgages on two houses that don’t exist anymore, and our finances have been wrecked,” Schurman said. “It’s been a year and a half, and we are still nowhere near a final settlement or claim. I’m still in shock. It hasn’t really set in that they are both gone.”