LOGAN COUNTY – The Logan County Sheriff has requested for OSBI special agents to investigate the shooting death of one of his deputies.

Deputy David Wade, 40, was shot and killed Tuesday while serving an eviction notice in Mulhall.

45-year-old Nathan Leforce shot Deputy Wade once in the face and then several more times as the deputy fell to the ground. 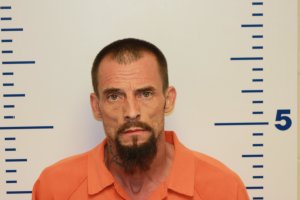 Deputy Wade did fire his weapon at Leforce several times during the encounter.

That’s when Leforce fled the area in the deputy’s truck.

Then, he stopped at a nearby convenience store where he stole a woman’s vehicle.

That car was found a shortest distance away.

He was booked into the Logan County jail on a complaint of first degree murder.

Wade was transported the hospital where he later died.

Wade worked as a deputy for Logan County for 2 and a half years.

OKLAHOMA CITY (KFOR) - As health officials continue to stress the importance of COVID-19 precautions, an Oklahoma representative has filed a bill that would enact a statewide mask mandate.

(NewsNation Now) Tuesday marks the one-year anniversary of the passing of retired NBA star Kobe Bryant, daughter Gianna Bryant and seven others who died in a helicopter crash.

On Jan. 26, 2020, Bryant, 41, an 18-time National Basketball Association all-star, was traveling with his 13-year-old daughter Gianna; John Altobelli, 56, his wife Keri Altobelli, 46, their daughter Alyssa Altobelli, 14; Christina Mauser, 38; Sarah Chester, 45, her daughter Payton Chester, 13; and pilot Ara Zobayan, 50, to a youth basketball tournament when their helicopter plunged into a steep hillside in the dense morning fog in Southern California, which prompted an outpouring of shock and grief from sports fans worldwide.

Senators to be sworn in today, as articles of impeachment are presented

Biden explains how he arrived at $1,400 stimulus check amount