The entire state has been on edge since Vance’s reign of terror began one week ago.

The hunt for Vance has ended, he was killed in a shootout with OHP Troopers earlier tonight

He’s been on the run since Oct. 23 after a violent multi-county crime spree that left two dead and four shot including two Wellston Police officers.

Officials say they had been checking out leads Sunday afternoon of possible sighting of Vance  near Hammon as well as a sighting of the vehicle he was last seen driving.

Oklahoma County Sheriff John Whetsel tells KFOR the Oklahoma Highway Patrol was involved in the shootout with Vance when he was shot and killed.

“The people who just lived in the area, especially around Luther and Wellston, those people lived with an amount of fear but also an amount of preparation, tonight of course will end that,” Said Sheriff Whetsel. ” And of course the great thing I’m proud of is the fact that law enforcement continued and finally took him down, and there were no more victims other than of course the sheriff. There were no more private citizens who were victimized by Mr. Vance.” 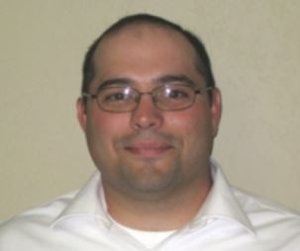 U.S. Marshals officials tell KFOR around 9:30 p.m. Sunday, someone with the Dewey County sheriff’s department pulled over a truck with Vance inside. Officials say there was a brief shootout and that is when the Sheriff, Clay Sander, was shot twice in the arm.

At this time it is unclear where Vance got the truck

Officials confirm during the shootout the Dewey County Sheriff,  Clay Sander was shot in the arm and his injuries are non-life-threatening.

Beckham County Sheriff Scott Jay says when he heard the news he rushed to the hospital to check on his friend.

“We’re a brotherhood and we stick together and it hurts. I’m thankful for tonight that Clay, whose a great guy, he’s a great guy. I’m just glad that he’s going to be OK,” said Jay.

Vance managed to get away and lead officers on a short pursuit.

The Marshals say Vance was spotted by Oklahoma Highway Patrol Troopers and there was another shootout, this is when Vance was killed.

The Marshals and other law enforcement are expected to release more details Monday morning.