SPOKANE, Wash. – Bob Burdett ended up unconscious after a bike crash earlier this month in Spokane—and his Apple Watch called 911 for him. 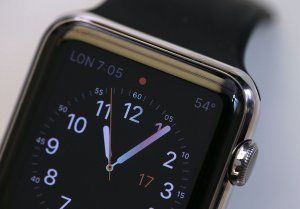 ]Burdett, 62, flew off his bike as he approached a curve at the bottom of a hill, and the ensuing hit was so hard his watch detected it, the Seattle Times reports. The fall-detection feature alerts emergency medical services if the wearer is immobile for a full minute after the fall—which is why, by the time Burdett came to, he was in an ambulance.

Burdett, who started cycling in 2015, said he knew he’d often be riding alone: The fall-detection feature “was the reason I bought the watch in the first place,” he says. “I didn’t know if it was going to work, but I guess it does.”

The feature also sent a text alerting Burdett’s son, whom he was on his way to meet at the time and whom he had listed as an emergency contact, that it had detected a hard fall. It later alerted both him and his brother to their dad’s updated location when he arrived at a nearby medical center.

“My brother was already driving by the hospital when the second update came in and was able to be with him right away,” wrote Burdett’s son in a Facebook post about the incident. “IF YOU OWN AN APPLE WATCH, set up your HARD FALL detection.”

Burdett, who suffered a concussion and road rash, dislocated his shoulder and ribs, and needed stitches above his eye, was released from the hospital the night after the Sept. 15 crash, and is already back to cycling.

First he had to replace the helmet he was wearing, without which he says he could have died. (Read more Apple Watch stories.)