OKLAHOMA CITY – A bridge in northeast Oklahoma City will soon be dedicated to the memory of a late Oklahoma senator.

House Bill 2311 codified into law that the bridge over Martin Luther King Ave. and I-44 be named the “Senator E. Melvin Porter Memorial Bridge.”

On Tuesday, Gov. Kevin Stitt held a ceremonial bill signing for the measure.

When he was 30-years-old, he graduated from law school and became the president of the Oklahoma City NAACP just one year later. At 32, Porter became the first African-American to be seated in the Oklahoma State Senate.

“When this country turned its back on men and women of color, Melvin Porter stood up,” Sen. George E. Young said. “At a time when it would be understandable for black young men and women to stay at home and avoid the racism and cruelty experienced then, Melvin stood up and became an example for boys and girls like me. Without Melvin Porter, there may not be a Senator George Young.”

Porter passed away in his Oklahoma City home in 2016 at the age of 86. 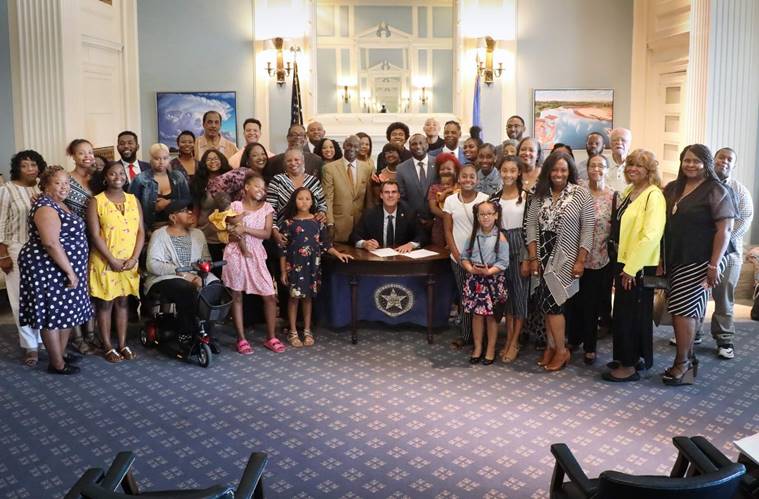 A dedication ceremony will take place at the bridge on a later date.